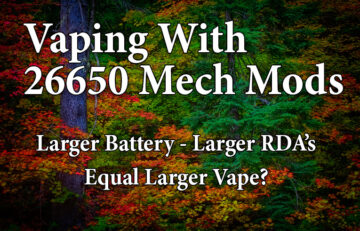 As we learn to vape with different devices, we find we like them for various attributes. While an 18650 style setup is usually the most popular mech mod choice, we cannot easily forget the power and awesomeness of a 26650 mechanical device. 26650 batteries simply output more power and last longer. Here are a few photos and thoughts in regards to two 26650 mods I have enjoyed experimenting with.

As far as levels and skills go in vaping, 29mm RDAs and 26650 mech mods maintain their own realm of presence. The monstrous clouds able to be produced by these devices are what serious cloud chasers are really after. These first photos show a tri-coil build for the Cerberus RDA on top of a Hades Mod. The wire is 24 gauge Kanthal, a nice choice to promote maximum amounts of eliquid evaporation. While this particular RDA is not designed for larger, more advanced coils, the 24 gauge Kanthal sure allows the setup to hit like a Greyhound Bus. You can see the build wicked and ready to go, as well as the setup complete in its assembly. 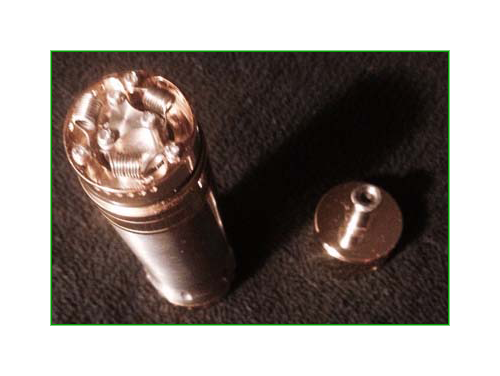 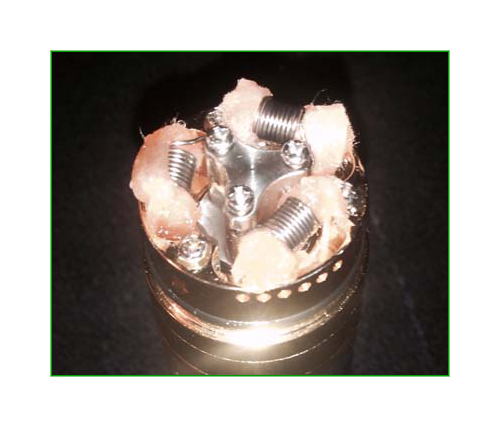 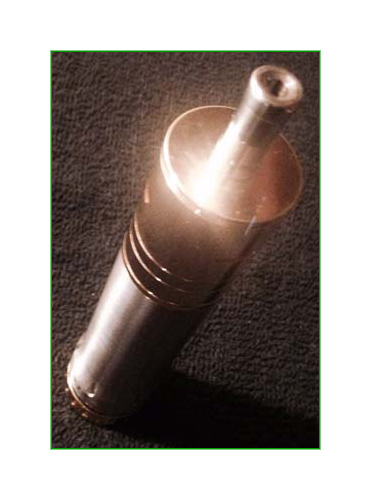 Here is a photo of an Efest 3500mAh 26650 Lithium Ion IMR battery charging in a Nitecore Digicharger D4. 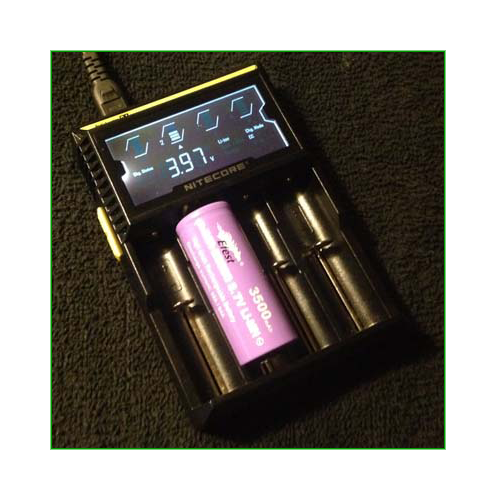 The next photos show a Veritas RDA on top of a Scorpion mod. I had a great deal of trouble when attempting to install three coils in the Veritas, as it does require a patient amount of effort. First, I just installed a single central chimney coil and vaped that way for a while, as I gave up installing the other two coils individually after some time. I thought about it, and decided to install two separate wires, one being the central coil and the other being the two outside coils; doing so was easier and did work, after all. The build may be easier or less frustrating with smaller gauge wire, however once you have three 24 gauge coils in a Veritas, you may find yourself impressed, indeed. One thing that makes the Veritas special is its side air hole, which feeds air through the middle of the RDA to beneath the three coils, providing large, cool vapor production.
The photo below shows the three coils I attempted to install in the Veritas RDA, as well as the unassembled Scorpion Veritas combination. 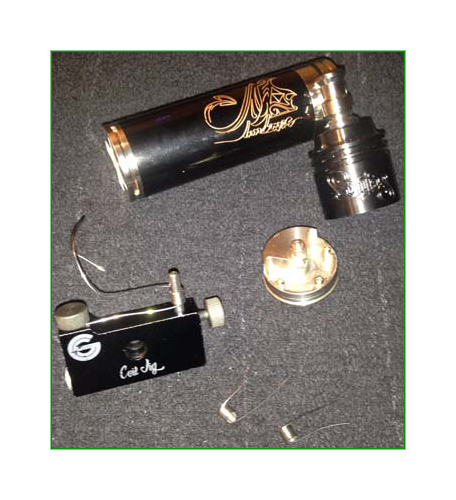 Here is a photo showing a tri-coil build for the Veritas, once it was complete. Two of the coils run horizontal to promote airflow, and the other coil is installed chimney style, for continued e-liquid saturation from the depths of the bottom of the RDA. 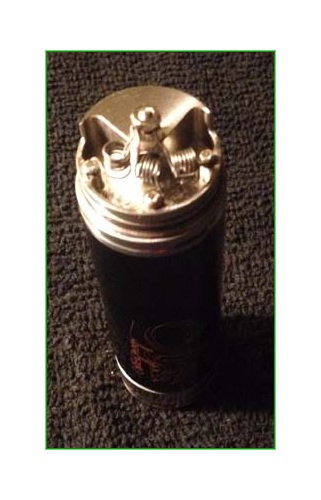 Here is a photo showing the air hole in the back of the Veritas RDA. The hole allows air to flow through the center of the RDA to the coils, to cool their vapors as they evaporate e-juice. 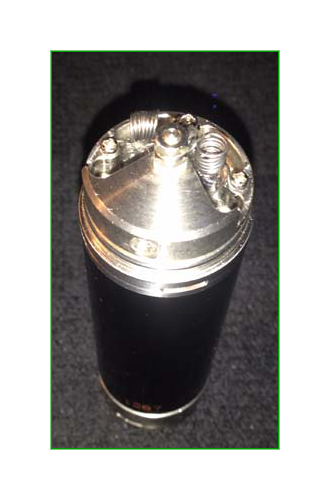 Last but not least, here is a photograph of a Scorpion mod assembled with a 29mm Veritas RDA. 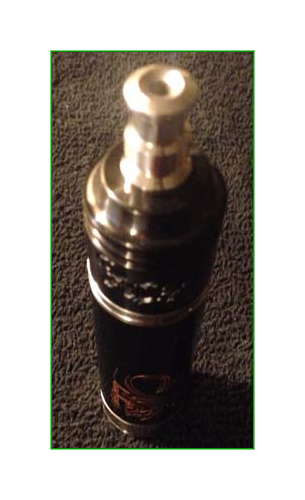 In summary, vaping with 26650 devices is fun and set aside by many as an entirely separate realm of vaping. While many may not chose to vape with the largest vaporizers, it can still be fun to do when possible or appropriate. Be sure to exercise discretion when vaping with larger amounts of e-liquid, and remember, you can always vape with vegetable glycerine, all by itself, if you do not want to consume more than your normal amount of nicotine when you vape with a 26650 setup. It is recommended to use e-liquid high in vegetable glycerine content, as well as low in nicotine content, (3mg/ml), with 29mm RDAs. I have found these devices to be fun, however I do not use them as often as 18650 devices. If you are after one huge inhale in a small amount of time, a 26650 vape will surely satisfy. Thank you for reading, remember to be safe, and vape on. 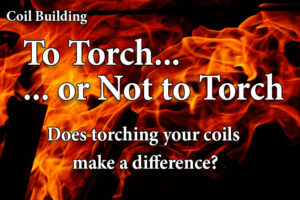 Previous post Coil Building: To Torch or Not to Torch 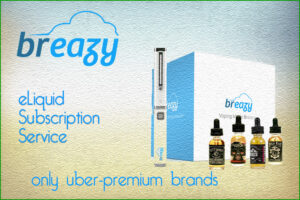