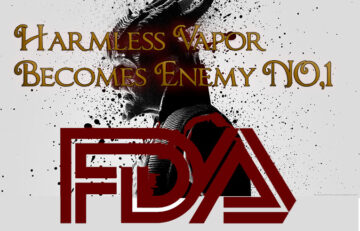 While our publisher prepares his response to the FDA’s action against every vaper in the America, I’ve decided to put out my own thoughts on the matter. – Julia Hartley-Barnes.

It took 2 years for the hammer to strike its blow, but the thoroughly corrupt Food and Drug Administration (FDA) chose to ignore science, evidence, and the voice of the people and once again allowed Big Tobacco and Big Pharma to purchase the wholesale murder of millions of Americans who will die from tobacco related diseases over the next decade alone, the loss of tens of thousands of jobs, thousands of businesses, and untold millions of dollars that hard-working Americans have invested in the vape industry. Surely there is no clearer evidence of corruption in our government than the regulations laid down last week… regulations that will kill the vape industry beginning on August 8th of this year.

There is no valid science that could lead anyone to believe that ‘vaping’ is a serious threat to anyone’s health. Quite the contrary. There are mountains of evidence that prove vaping is 95% safer than smoking tobacco products. So when you ask yourself if the FDA acted on altruistic reasons, nothing could be further than the truth.

This was all about money and power. This was all about giving Big Tobacco and Big Pharma what they wanted; to maintain power and profits by getting people hooked on tobacco, and the promotion of useless products to unhook people from tobacco. It’s as though BT and BP colluded with the FDA to make sure that one industry created addicts, the other pretended to help those addicts, with the regulatory agency making sure nothing interferes with this immoral contract with evil.

God forgive something comes along that allows Americans to have their cake and eat it too. God forgive anyone that attempts to strike at the heart of this evil collusion.

The FDA: The status quo is just fine, thank you. We’re not interested in ridding our country of tobacco, addiction, heart disease, or cancer. Tobacco helps us keep population growth in check, don’t you see?

The People: But we want our loved ones to live longer, healthier lives, and vaping is a part of that.

The FDA: This is about the greater good, not individuals. We need people to die. We need the suffering to keep our hospital beds filled. We need those 400,000 Americans dying each year for the health of the funeral homes and cemetery businesses. This isn’t about saving lives; this is about saving the economy. And, well, financing campaigns and kickbacks, but you’re not supposed to look that close.

Have you noticed a “rush to market” by many of your favorite manufacturers these past 3 months? Turns out the reason you see them lies in the fact that in less than 90 days, August 8th 2016, our favorite manufacturers, our favorite e liquid brands, will no longer be allowed to put anything new on the market. Your choices now will be your choices for the next two years. After that, nothing will be allowed to come to the marketplace without first paying the United States about a million dollars PER product.  And all the current devices and e liquids we use and enjoy? In 2 years they are gone. The industry will die.

Right now, today, the optimists in our industry are holding out hope that Congress will step in and change what the FDA did. The optimists are hoping beyond hope that the predicated date, 2007, will be changed to, oh, let’s say best case scenario, August 8th 2016. Should that happen then products that are on the market now, and new products released until August 8th, can stay on the market after the 2-year implementation period.

Way back in 2007 the devices in use were mechanical mods, RDA’s, and mini-ecigs, akin to Blu Cig devices. This is what the FDA wants, this is what Big Tobacco and Big Pharma need in order to force people back to tobacco, or back to ineffectual nicotine patches and gum.

Still, if, and that is a huge if, the date can be moved to as late as August 2016, all that means is that Joyetech, Innokin, ProVape, eLeaf, WISMEC, Aspire, and all the rest, must make due on the continued sales of current products. No more innovation, no more improvements to atomizers and mods, and no new e liquid brands or flavors. Can they survive these conditions? Not likely.

With the estimated cost of submitting an application for a new product being roughly a million dollars, do you really think ANY current manufacturer will pay that cost to get a new product approved? Let’s take a look at an example of how ridiculous it would be to submit to the blackmail, er, I mean, cost of getting a product to market:

Should a company make the decision to go through the process, the company “can” release the product to market, and it can stay on the market for up to one year while the application is approved or disapproved. But what would happen if, say, eLeaf were to release a new iStick 213W TC on September 1st 2016. eLeaf could keep it on the market for up to a year without approval of the application, but what would happen if eLeaf took it off the market after just 6 months and replaced it with something new? That’s a pretty likely scenario in this industry, so what happens to the application and the money given to the government for that product? Honestly, I don’t know, and I don’t think anyone does at this point.

If a company discontinues a product after 6 months the worst case would be that the cost of the application would go to waste and a new application, and cost, would begin again. Best case scenario; the cost of getting the product approved comes after the approval/disapproval, and if the product is taken off the market in 6 months or so then consumers that want to can go ahead and buy it, and the manufacturer doesn’t have to pay for the approval. That would give consumers the option to upgrade or not, and prevent the government from collecting the cost of the application.

The 500 pages of regulations are so muddled, so ambiguous, that any loopholes, if they exist, haven’t been found yet. That said, maybe such a loophole might exist where the manufacturers could leapfrog their product releases and never have to pony up to the malicious FDA. Though, I doubt it.

Now that electronic vaping instruments are classified, stupidly, as tobacco products, the hike in taxes is an absolute certainty. And we’re talking big tax hikes, on par with a pack of Marlboros. For two years vape shops will carry the same products, nothing new or particularly exciting. After those two years, if any vape shops are still in business, their shelves would be stocked with “government approved” devices and liquids. Since Big Tobacco now owns the industry, do anyone think for a minute they will want their shitty devices in a vape shop? Wal-Mart and 7-Eleven would be just fine.

The FDA knowingly nuked our industry, with malicious aforethought. The FDA revealed their plans two years ago and nothing anyone or any organization has done over the past 2 years has had any effect. Every petition, every email, every phone call, every meeting, every speech, every event, and every bit of scientific evidence that vaping is 95% less harmless than smoking, was completely and utterly ignored by the FDA, with only minor successes on the local level, where politicians actually have to face their constituents in person. On the federal level, nothing was achieved.

There is no “other side of the argument” here. Every rule in the regulations are meant to accomplish the wholesale destruction of the vaping industry. And the cost to the economy, to the health industry, and to the people’s faith that truth will out, has fallen on deaf ears.

As a realist, nothing can be done about this immoral and criminal injustice made law by evil men and women who have sold their souls to Big Tobacco and Big Pharma. This was the way it was always going to go, we never had a chance, the game was surely rigged. 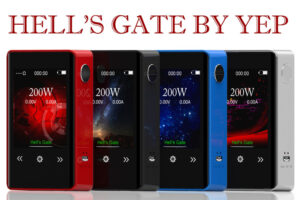 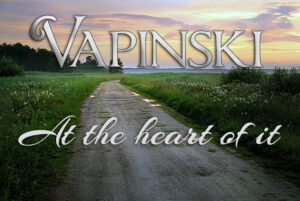