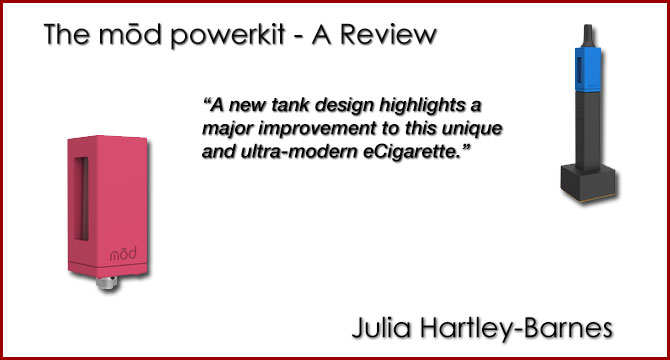 “A new tank design highlights a major improvement to this unique and ultra-modern eCigarette.

The first time I saw the mōd powerkit it was in a photograph, and I marveled at the beauty of it. I am, after all, an Apple user, and I happily pay a premium for every electronic device I own with an Apple logo on it. My MacBook Pro, my iPods, my iPhone, and my iPad’s, both Retina and Mini, they are all premium devices when compared to all the PC’s, and the tablet computers, and music players, and any other electronic device that competes with Apple.

It’s not just about the quality of Apple products, or the ease of use… it’s the aesthetics. They are all beautiful examples of “design + function”. So when I looked at the mōdpowerkit I recognized the aesthetics more than anything else. In fact, the specs came later. I knew I wanted one right away just because it was so damned good looking.

Clearly, aesthetics alone is not enough to sell a product. It’s enough to get you some attention, but it won’t move a product off the shelf for long. So how does the mōd powerkit stack up when we just focusing on the specs and not the aesthetics? Not bad actually. Not bad at all.

The mōd powerkit features a regulated 3.7v battery rated at 900mAh. It also features a Kanger ProTank coil head, and its newly redesigned tank holds 2ML of eJuice securely and, so far, without leaking. Its short circuit protection, 3-click on/off function, and its 10-second ‘pull’ features are all very decent specs for a $75 electronic cigarette. Even the firing button is well designed, firm, and secure.

But it is far from the most powerful eCigarette or even close to the most spec’d out electronic cigarette on the market. It’s certainly not a cloud-chasers dream come true. The mōd powerkit was never intended to be anything more than what it is… so let’s explore what it is in more detail.

Our short video from earlier this year

Along with its ultra-modern shape and modular design it features conductive charging. Simply place it into the charger base and it begins to recharge itself immediately. The ease of this type of recharging allows the Vaper to use the device as often as he or she wants, and then when not using it setting it back into the charging stand, virtually eliminating the chance of picking up the device and finding it discharged. (Unless you have a habit of just leaving your eCigarette on a table somewhere)

In addition to the conductive charging stand it also features pass-thru abilities. You can plug the USB cable into your computer and into the battery itself and vape while charging.

The first tank for the mōd powerkit featured an O-Ring seal that in most cases worked just fine, but in some cases caused a bit of leaking. For us it wasn’t a problem, but we don’t make it a habit of carrying our devices in our pockets or throwing them in a purse or pocketbook. Not that we “never” do, but we don’t do it often.

The O-Ring seal was unique to the mōd powerkit, but too many people reported excessive leaking so something needed to change. The new tank is the answer to that, and now along with the aforementioned O-Ring the tank is equipped with a threaded end cap, which holds the tank securely, and has so far worked flawlessly, well, once you remember the…

The threads on the end cap of the new tank turn in the opposite direction that you would expect. Everybody knows the old saying “Righty Tighty, Lefty Loosey”, but the end cap works in reverse of that. The first time I unscrewed the end cap and screwed it back on I thought I broke it. After several minutes, and as an act of frustration I turned it the other way, it caught the threads immediately and since then it hasn’t been an issue. mōd mentions this is a couple of places, but I didn’t see it because I didn’t read the manual. I know, I know, dumb.

There is a good reason for this reverse threading. Our publisher reached out to mōd and asked why they decided to do it that way and this is what they said:

“Yea we did something different by using reverse threads so if you spin the tank one way it loosens the 510 and if you spin it the other it loosens the tank bottom to refill.  That also helps not over tightening the tank to the base or the base to the battery if they both tighten to the right. We thought this would be a little easier for people to refill.  Also the best way to refill (the tank) is to keep the tank on the battery.

We put “reverse threaded base” in all the text on the website and in our notes with the new tank but we still get a few emails or calls saying “I can’t get my tank to close after I refilled it” so we need to keep talking about that feature.”

I guess a lot of people don’t bother to read manuals, I know I don’t…very often anyway.

The old and new tank was and is molded using the highest grade FDA approved food grade polycarbonate. The tank is resistant to most of the high citrus, high cinnamon eLiquids on the market so you can feel confident vaping whatever juice strikes you at the moment. The tank is a bottom filling, bottom coil setup with a removable drip tip. It can be totally dissembled for easy cleaning. mōd’s choice of a Kanger bottom coil for its mōd powerkit makes a good fit as well.

The mōd Powerkit features several colorful tanks. With the newly tweaked tank mōd has all the colors you want ready to go. You can purchase extra tanks for $20 each. I like the idea of adding a few different colored tanks so I can change up the look anytime I want just by changing the tank.

The mōd Powerkit sells for $75 direct on modpowerkit.com and each starter kit comes with the following

I like the mōd powerkit for several reasons. Certainly the aesthetics play a part, it’s a gorgeous device no doubt about it. But it also works very well and provides a better than expected vape. I say ‘better than expected’ only because I never appreciated Kanger coils. Sure, I’d love to see a future mōd powerkit with a JoyeTech C3 coil head or some other wireless coil (hidden coils), but for now the Kanger coil head works fine here. The mōd powerkit puts out plenty of vapor and delivers good flavor.

An electronic cigarette is a very simple device. There is a power source and an atomizer. The mōd powerkit’s power source is a modern battery rated a 900mAh outputting a steady flow of 3.7v.

Don’t overlook the steady flow, or “regulated” feature, there are still plenty of batteries on the market that are not regulated to deliver a steady output no matter how much power is left in the battery. The mōd powerkit will deliver the full 3.7v power until it has drained to the point of needing a recharge.

The Kanger coil head that comes with the kit is a 2.2ohms coil, enough to provide plenty of vapor and warmth. However, because it is a standard Kanger ProTank coils you can purchase 1.8ohm or 2.4ohm coils as replacements.

My buying advice is pretty straightforward, if you’re looking at the mōd powerkit and thinking, “This is cool! I want one!”, then that’s all that matters. I’m not about to tell you that after using the mōd powerkit with the new tank that my experience was in any way poor. It wasn’t. I still like the feel of it, the shape, the ease of use, and the performance.

The powerkit has more than decent specs, the whole unit is made from high-quality materials, and it will deliver a vape experience that will be satisfying to most vapers. If you’re using a Provari and an Aerotank Mega everyday and expecting the same kind of vape with a mōd powerkit, well, you’re asking too much from it, but if you’re using an eGo battery and a clearomizer you can expect a much better experience.

For more on the mōd powerkit I recommend reading our first review, and a visit to mod’s website. You might also want to check out the interview with Andy Donahue of mod. 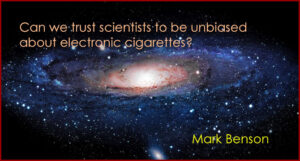 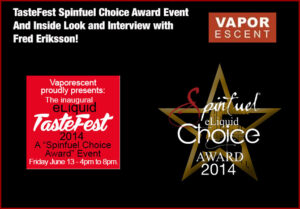