UPDATE:  Readers can get a 15% discount on your order until May 23rd using the coupon code Spinfuel2 – Don’t miss out on some of the most delicious, complex and unique eLiquids around. Stop by soon!

The last time we visited Birds Nest Elixirs Robin O’Connor, owner, founder, and mixologist, was very busy with some amazing new eLiquids. These three are the results of Robin’s efforts, with even more in the works now.

One of new flavors, Verses, has been released to the public and is doing extremely brisk sales, on the level of their ‘Fanfare’ eLiquid sales, while the other two are very close to getting released. All three possess complex layers of wonderful taste sensations, produce massive amounts of vapor, and are as satisfying as it gets. We had a blast spending a couple of days with them. 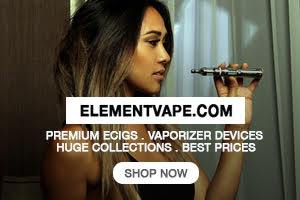 During our first team discussion, and the subsequent discussion over these three new flavors, we all agreed that Birds Nest Elixirs is a one of a kind eLiquid vendor. Their flavor profiles are all unique, but there is a something about each one that ties them all together. We’ve vaped enough of their eJuice that we could identify a Birds Nest Elixir in a blind taste test.

There was something a little different this time around though, and that was the need for some additional steeping. A Birds Next Elixir eJuice can certainly be enjoyed right out of the mailbox, which is exactly what we did when they arrived, but the flavors became fuller, calmer, and more enjoyable after a week of active steeping.

(An Active’ steep means that each day we shook the bottles, then opened them, them open for a few minutes and resealed them. We did this daily until we were ready for the 48-hour block of time that was needed to dedicate to the three eLiquids exclusively. )

While the flavor remained mostly the same from the first vape on the arrival of the juice, their character changed, in that each of them became “all-day-vapes” for each of us. They become full-bodied flavors and cloud makers with a gentler touch. This encouraged us to fill large tanks and vape for hours on end, proving their viability as ADV’s instead of smaller clearomizers and cartomizers.

For this review we decided to use our personal vape gear, which included various batteries and plenty of AeroTanks and a few other tanks with capacities or at least 3.5ml. We wanted to get the most accurate flavor possible, and we think we did that with the AeroTanks, not that they would be the only tanks capable of delivering accurate flavors.

Interestingly, all three eLiquids had wide latitude when it came to voltage. They performed great at 3.7v and up to 4.4v, usually winding up with a sweet spot somewhere around 4.1v to 4.2v with 1.8ohm dual coils. That may seem a little high, but each one tasted best with warmer vapor, and the stability of the eLiquids allowed that flavor to stay intact even at the higher voltage settings.

Spinfuel Choice Award – Amazingly, when the votes were tallied two out of the three eLiquids were voted 5 Stars across the board. When we considered the complexity of each eLiquid, the flavors, vapor, and the level of satisfaction, they were all pretty fantastic. If not for a single quarter-point in Stars all three would have been awarded the Choice Award. We were stunned that there was this much agreement for three new flavors.

Verses – “Warm and smooth Black Cavendish Tobacco, deep brown sugar, and juicy granny smith apples.  We are confident that our tobaccos are pleasing to tobacco fans as well as those who don’t typically enjoy tobacco flavors and this is no exception.  This flavor is extremely satisfying! Try it for yourself and see!” – Birds Nest Elixirs

Verses is now available to the public, and let me tell you, if you’re a fan of Birds Nest Elixir now you should be ordering a bottle of this as soon as your vape budget allows.

Julia: Verses is a wick smooth black Cavendish tobacco blend. You will definitely love the complex flavors of brown sugar and tart apples. The flavors are intense but the ‘vape’ is smooth and satisfying. For tobacco lovers a definite must have. 4.75 Stars

Tom: One of my favorite tobacco blends, Verses is so damned sophisticated that you think you’re vaping a real Cavendish tobacco with dark, sweet notes of the brown sugar and juicy apple ‘sweet-n-tart’ flavors dancing through the smooth, silky, but ever flavorful Cavendish. Clouds and clouds of vapor, and a throat hit to write home about. (18mg). For tobacco aficionados this is what its all about. 5 Stars

Jason: What an incredible new addition to the Birds Nest Elixirs lineup. I couldn’t believe the intense flavors, the remarkable vapor, and that solid thump of the throat hit. Almost a magical alchemy of perfect flavors. I think tobacco lovers and even people who occasional want a tobacco experience, Verses is going to be an unforgettable vape experience. 5 Stars

Reverie: – A Spinfuel Choice Award Winner – (Unofficial Description)“Another dessert flavor here, but this one is a little mysterious.  We can tell you that it is warm, sweet, and creamy… but we don’t want to give away too much.  This is very dreamy, and something about it is hauntingly familiar.  We are going to let you decide what this one tastes like, and if you are right… we might throw in a little surprise for you!”

Reverie is moments away from release, and boy when that moment comes you should make sure you’ve got your order in before they all disappear. This dessert flavor will satisfy in ways you never imagined, yet the flavor components will have you thinking for days. Mystery, complexity, and satisfaction are the words that will live in the world of Reverie.

Julia: Reverie changed on me three times during my time spent with it. Strangely enough the first vape was about a sweet tobacco vape, but its not a tobacco blend. The second vape took me into the realms of a fruity, nutty with just a touch of creaminess to it, and finally the third vape was all about a subtle, sweet dessert vape that still has me stymied about what flavors are combining to create a totally new experience. What I can say is that I just cannot get enough of it. Reverie is an all-day-vape that will not disappoint. Of the three, Reverie was the one that was the most confusing, but ultimately my favorite new flavor. 5 Stars

Tom: It takes a lot for a sweet, dessert eLiquid to impress me, but Reverie impressed like nothing before. I can see why its called a dessert vape, but it is done in the Birds Nest tradition, in order words, extremely complex, but extremely flavorful and delicious. A serious vape, an all day vape, and a truly satisfying vape. Unbelievable. 5 Stars

Jason: Like Julia, I too thought Reverie was a tobacco vape at first, but then I realized I had just spend hours vaping Verses without any sort of break between. I spent about 30 minutes with Reverie, then went to bed. When I got up I took it work with me and there it began to show its true flavor profile. A sweet, but not too sweet, flavor with, maybe, apricot and vanilla notes, maybe…or maybe not. Like Tom said, it is so sophisticated that you think you’re vaping something the Kings and Queens have made just for them. 5 Stars

We’re hoping that by the time this one finds a release date that the flavor and vapor is decidedly the same as what we’re vaping. Harmony will, we believe, become a huge seller for Birds Nest Elixir, and below we’ll explain why.

Julia: As it stands with this beta flavor, two of the flavor components, pear and honey, show themselves prominently, with coconut being that ‘almost there’ ‘almost not’ flavor note that nudge Harmony into a special arena of all-day-vapes. If I could change one thing about it, it would be the coconut component. Just a tiny bit more coconut on the inhale would have put Harmony at the front of my lineup. 5 Stars

Tom: What I found interesting about Harmony is that the name is perfect; this is a combination of flavors in perfect harmony with each other. There is a light pear flavor, just the right touch of sweet honey, and a coconut flavor that ties the other two together. Harmony is an excellent all-day-vape.

The throat hit was somewhat light, even at 18mg, but at the higher voltage/wattage setting it got better. For me, Harmony popped at 4.0v using a Kanger AeroTank, a glassomizer I find myself using more and more. At 4v it produced maximum flavor, vapor, and a decent throat hit. 5 Stars

Jason: It’s kind of funny, actually, these three new flavors from Birds Nest are all very different from each other, but there is this element to them that tells you you’re vaping a Birds Nest Elixir juice. Even with Harmony, which to me is a very balanced, homogenous combination of three flavor components that I couldn’t imagine being together, tastes and vapes like a Birds Nest juice, but the flavor profile is just so different from the other two.

I taste an even amount of pear and honey on the inhale and exhale, with a very light coconut, almost like the ‘essence’ of coconut, and when they combine they create an overall flavor that is so right you just don’t want to stop. 5 Stars

The development process by Birds Nest Elixirs takes several weeks, dozens of betas, and a lot of very hard work. And it shows in each new flavor to come from this super premium label. Each of the three reviewed here today are spectacular examples of just how much goes into each one. They are all fabulous, complex, and sophisticated eLiquids.

But, we’re just not so sure that Birds Nest Elixirs will appeal to every Vaper. These flavors are different than the mainstream flavors by mainstream eLiquid vendors. We’re not saying they are better; they are just different.

If your ideal eJuice is a simple blueberry or strawberry, or a vanilla vape, or even a straight up tobacco flavor, you ‘may’ find Birds Nest Elixirs a bit peculiar. These flavors makes your brain work overtime, there is so much information, so many nuanced bits of this flavor and that flavor, that its hard to pin down.

In the last review we chose Fanfare as the most accessible eLiquid by Birds Nest Elixirs. It was accessible because it was a sophisticated flavor with mass appeal. In the same way, we have decided that this time out the eLiquid with the widest appeal would be Verses, with Harmony coming in a very close second. For these reasons, our buying advice would be to try Verses now, to get an idea of what its like to vape a Bird Nest Elixir flavor, then go from there.

Tags: eJuiceeliquidelixirsSpinfuel Choice Awardvaping
Previous : Vaping with Julia – The eCigStand Giveaway and Interview
Next : 2.1 Million People in the UK Vape