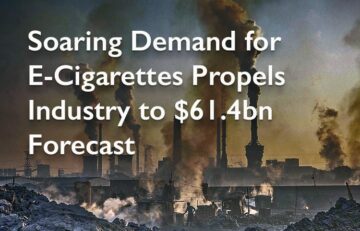 Soaring demand for e-cigarettes in the United States and around the world has pushed analysts to predict that the entire market will be worth around $61.4 billion in the next few years.

A new and detailed report into the current state of the vaping market breaks down the entire sector in terms of what’s available, where demand is and where it’s all likely headed. It forecasts that the current strong interest in e-cigarettes and the e-liquid they contain will not only be sustained over the coming years, but will shoot up by around 20.8% by 2025.

“The Global E-Cigarette and Vaporizer Market is poised to grow at a CAGR of around 20.8% over the next decade to reach approximately $61.4 billion by 2025

This industry report analyzes the market estimates and forecasts of all the given segments on global as well as regional levels presented in the research scope. The study provides historical market data for 2014, 2015 revenue estimations are presented for 2016 and forecasts from 2017 till 2025.

The study identified prominent trends of the moment, including what it said was a significant improvement in the technology used in manufacturing vaping devices and overall improved innovation in the range of e-cigarette products available today. Many vaping devices, which are easily obtainable from a reputable online vape shop, are now more compact, streamlined and user-friendly than those of recent times.

The new research also found a growing alignment between the e-cigarette and cannabis industry in manufacturing and marketing vaping gear and e-liquids. Indeed, vaping devices containing cannabis oil are themselves becoming popular in that increasingly legalised sector. Users speak of the attraction of getting the experience they desire, but without the smoke.

Researchers classified the vaping market into atomizers, e-liquids, cartomizers, cartridges, clearomizers and rebuildable atomizers. And they segmented it into e-Cigars, rechargeable e-cigarettes, e-go electronic cigarettes and tanks, e-pipes, disposable e-cigarettes and personal vaporizers and mods. “In terms of distribution channels, the market is classified into retail and online. Retail is further segmented into convenience stores, vape shops and other retail distribution channels,” the report said.

A Race to Stub Out Smoking Should Include E-Cigarettes

The explosive demand for e-cigarettes is coming at a time when health authorities all over the world are urging smokers to switch to e-cigarettes to try and get them off their unhealthy habit. In the US, smoking kills close to half a million people every year, including from secondhand smoke. Globally, tobacco-related diseases claim around 7 million lives — the biggest cause of preventable death on the planet.

“The tobacco epidemic is one of the biggest public health threats the world has ever faced, killing more than 7 million people a year. More than 6 million of those deaths are the result of direct tobacco use while around 890 000 are the result of non-smokers being exposed to second-hand smoke.

Nearly 80% of the more than 1 billion smokers worldwide live in low- and middle-income countries, where the burden of tobacco-related illness and death is heaviest.

Tobacco users who die prematurely deprive their families of income, raise the cost of health care and hinder economic development.”

And as a study last year showed that over a quarter of all cancer deaths in the US are due to cigarette smoking, health authorities are rushing to get people off the deadly habit that decimates families and harms the economy. While here, the authorities dither over what exact advice to give about vaping, in Britain, it’s a different e-cigarette story.

Following on from recent and major research into any potential risks associated with the use of e-cigarettes, the British Medical Association (BMA) has now come out with a position paper saying people should vape instead of smoking.

“Since e-cigarettes became available in the UK in 2007, their use has been surrounded by medical and public controversy. This new 200-page report examines the science, public policy, regulation and ethics surrounding e-cigarettes and other non-tobacco sources of nicotine, and addresses these controversies and misunderstandings with conclusions based on the latest available evidence:

“There are clear potential benefits to e-cigarettes in reducing the harms associated with smoking, and consensus that e-cigarette use is likely to be significantly safer than smoking,” the prestigious medical body that represents British doctors said.

The BMA lists what it sees as the main benefits of vaping instead of smoking as:

➤ “There is growing consensus that using an e-cigarette is substantially safer than smoking tobacco.”

➤ “Unlike smoking, e-cigarette use does not involve combustion. While the constituents of e-cigarette vapour can vary, and some of the toxicants present in tobacco smoke have been detected in e-cigarette aerosol, they are typically present at levels which are much lower than in tobacco smoke.”

➤ “E-cigarettes currently available are consumer-regulated products which have to meet product safety standards, but the standards are not as rigorous as for licensed medicines.”

With top-level advice such as this, it’s clear that the vaping industry is set to keep on growing and potentially well beyond current forecasts. 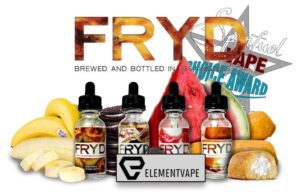 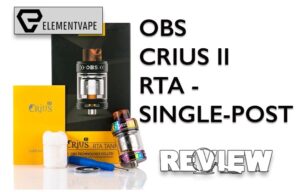