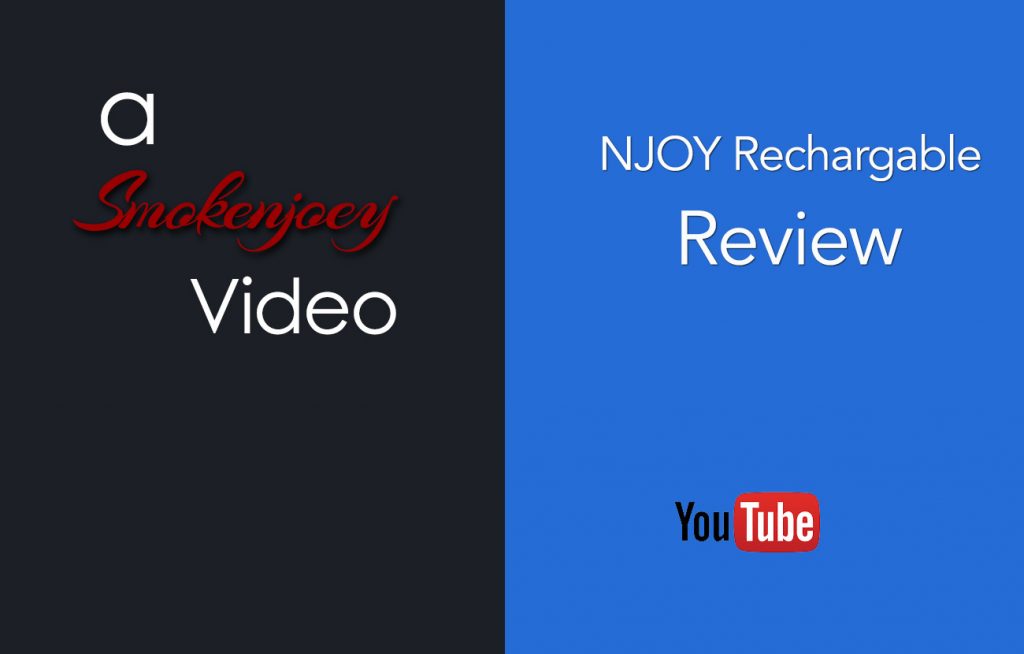 Between SmokenJoey’s terrific eCigarette and eLiquid video reviews, and Spinfuel’s written reviews we have you covered. Today, on SmokenJoey @ Spinfuel Mr SmokenJoey brings you the in-depth, and all new, video review for NJOY disposables and their rechargeable Starter Kit. Have a look! And then visit SmokenJoey’s Spinfuel Home Away From Home, the SmokenJoey Website and of course, his YouTube channel. He’s a busy guy!

Spinfuel Magazine is devoted to delivering the best, most honest and most thorough reviews of ecigarette vaping products. The modern day e-cigarette is a much safer way to get nicotine into your system than tobacco cigarettes, tobacco pipes, and of course tobacco cigars. In fact, today’s modern vaping gear includes terrific e-cigars that taste like real cigars, only smoother and 1000% safer. Cigars and eCigars are nothing alike. Tobacco kills, nicotine doesn’t.

With great vendors out there in the marketplace like MyVaporStore and Vapor Alley, and eLiquid vendors like Mountain Oak Vapors, Ginger’s eJuice, Pink Spot Vapors, Virgin Vapor, The Vapor Girl, Mt. Baker Vapor, Totally Wicked e-Liquid, and FanceeJuice deliver the best vaping experience you can get by creating dozens upon dozens of great tasting smoke juice in wonderful flavors. And that doesn’t even include terrific companies like Halo with their new Triton series of personal Vaporizers, or PV’s, and variable voltage and variable wattage vendors like Vision, JoyeTech, SmokTech, Smok, and 777 Ecigs (Triple Seven).

Why take in over 4000 deadly chemicals in tobacco cigarettes like Winston and Marlboro when you can use e cigarettes like Blu Cigs, Green Smoke, South Beach Smoke, Triple Seven, or 777 eCigs, and even larger vaping devices like ego batteries, ProVari’s VAMO, Lambo 4, ZMAX, Joyetech eVic, and the new Innokin SVD?

Using ecigarettes, commonly referred to as vaping, is the best way to fight your addiction to smoking. Smoking kills. The 4000 chemicals include dozens and dozens of deadly carcinogens that will absolutely shorten your life and will pretty much be the reason for your early death of heart disease, stroke, and cancer. Mostly cigarette smoking today causes lung cancer cases, and quitting smoking is the easiest thing to do if you use a modern e-cigarette or other personal vaporizer like an APV.

Veteran vapers enjoy vaping as a hobby and invest in their hobby by purchasing hi-tech atomizers, rebuildable atomizers like the AGA-T or ProVape Z-Atty, or other genesis type RBA’s.  You will often see vapers using a large battery like a ProVari or VAMO along with an RBA like the AGA and wonder what they heck they are doing. They, in fact, enjoying the act of vaping, a relatively safe and effective way to deal with nicotine addiction, but even more than that, a way to enjoy the vapor that comes in hundreds of different flavors, from banana nut bread to various vanilla, chocolate and strawberry flavors.

Companies like Mountain Oak Vapors, Ginger’s eJuice, Virgin Vapor, The Vapor Girl, Totally Wicked e-Liquid, as well as FanceeJuice and Alice in Vapeland, all provide top notch American Made premium eJuice that are much less expensive than cigarette smoking.