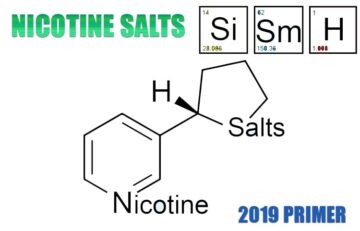 A Brief History of Nicotine

As we all know, nicotine is the addictive compound occurring naturally in tobacco plants. What you might not know is that it’s named after a 16thcentury French ambassador named Jean Nicot de Villemain. His main contribution to the history of nicotine is that he sent a bunch of tobacco seeds and leaves to Paris, believing nicotine to be a cure for, of all things, the Plague. He was wrong, but we admire his efforts.

Nicotine was first isolated from the tobacco plant in 1828 by German scientists who identified it as a poison. From this time, nicotine was commonly used as a pesticide before it was replaced with less antagonistic alternatives. It was later synthesized in 1904 and, in modern years, has been isolated for use in products like smoking cessation patches, chewables, and finally – vape juice.

The Cowboy Days of Nicotine Salts

One name rises above the rest when discussing nicotine salts. Love them or hate them, nicotine salts would not be nearly as popular as they are today without the massive boost afforded this niche product by the industry leviathan Juul. Juul exploded around 2016 and, with it, a sudden interest spiked in their proprietary nicotine formula. How did these guys create a juice that hits so much like a cigarette? What black magic is fueling the most popular brand in e-cigarette history?

The answer, in part, was discovered by the scientists behind Solace Vapors. After literally cracking open Juul pods and analyzing their contents, they discovered Juul was using nicotine salts created by combining freebase nicotine (an alkaline substance) with an acid of some sort. After a great deal of trial and error, including literally vaping vinegar at one point, Solace cracked the code. As the result of these early days of experimentation, most companies today stick with a combination of nicotine and benzoic acid in order to create the nicotine salts you’ll find on sites like ProVape.

It’s worth noting here that a few e-cigarettes made by Big Tobacco companies also use nicotine salts and may have been doing so before Juul. Products like the Vuse by British America Tobacco and the MarkTen by Phillip Morris claim to have been using nicotine salts as early as 2012. For several reasons we don’t have time to dive into here, however, none of these products blew up quite the way the Juul did. Sorry, Big Tobacco.

Without boring you to death regarding the chemistry of nicotine salts, let’s talk a little bit about what’s going on inside this stuff. To put it simply, nicotine is harsh on the inhale. It’s part of what gives cigarettes that punchy hit and it’s the same reason that you can’t realistically vape much higher than 18mg on your sub-ohm device. The reason for this harshness, however, is the very alkaline nature of nicotine. If you lower the pH, the harshness dissipates.

Lowering the pH is exactly what the pioneers of salt nicotine were achieving. Adding acid to the alkaline nicotine lowers the pH, which in turn mellows out the hit and allows you to vape much higher concentrations. Additionally, these salts are proven to be absorbed much more quickly into the bloodstream at a rate which more closely mimics the absorption rate of cigarettes.

Another fun side note: nicotine salts are the form of nicotine found within cigarettes, while freebase nicotine is found in cigars and pipe tobacco. In many ways, this accounts for the differences in the way you smoke these various options, and the intensity of the throat and chest hit you receive.

What Does It All Mean?

To recap: some guys discovered tobacco plants roughly a million years ago. First, they thought it was poison, then they thought it could cure the Plague, then they used it as a pesticide, and then they discovered that it was the addictive part of the plant they were smoking. Finally, over the last couple decades, as people have tried to escape the lethal clutches of traditional smoking, we have discovered some highly useful scientific applications of this substance.

The advent and popularity of nicotine salts bodes extremely well for the future of vaping and the death of traditional cigarettes. Since these nicotine salts are using the same compound found in cigarettes, we can finally re-create almost the exact experience of cigarette smoking without all the murderous chemicals. While people are, of course, concerned about the health impact of nicotine itself, the general medical consensus is that nicotine itself is not harmful, except in regard to vulnerable populations, e.g. young people.

The use of nicotine salts has also created an entire new wing of the vaping industry, which is great for vapers everywhere. Since nicotine salts are vaped at much lower temperatures than freebase nicotine, the devices required to vape them can be much smaller and more discreet. This is tremendous news for vapers who don’t feel the need to blow gigantic clouds everywhere they go or who are just looking for a different vape experience. They also provide a more immediate hit and are great for immediately satisfying a craving.

To sum it up, nicotine salts are a great new addition to the world of vaping. They’re easily the most effective smoking alternative available, they provide existing vapers with yet another option, and they may well be the future of the industry.[/vc_column_text][/vc_column][/vc_row] 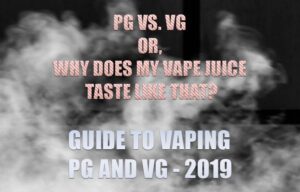 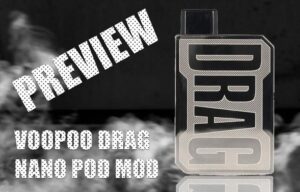