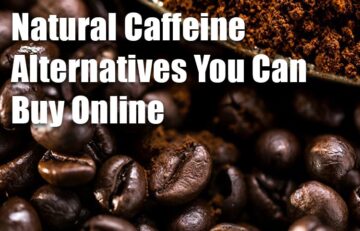 [vc_row][vc_column width=”1/2″][vc_column_text]Caffeine is arguably the most popular legal drug on the market today. It’s even more popular than CBD, which has been growing in popularity. It’s the reason behind the success of coffee chains like Starbucks and Dunkin.

Caffeine can have some positive effects on your body and mind when you use it in moderation. But, it has addictive properties, and eventually you may lose that caffeine buzz that makes it enjoyable to use. The stimulating effects are replaced with dependency just so that you can function on a normal level. When this happens, it’s time to wean off of caffeine. It’s helpful to replace it with a natural alternative, to give you the energy you need to keep going. There are a number of effective options from which to choose.[/vc_column_text][/vc_column][vc_column width=”1/2″][spinfuel_scad ad=”ad1″ align=”right”][spinfuel_scad ad=”ad2″ align=”right”][/vc_column][/vc_row][vc_row][vc_column][vc_column_text]

This is reported to be an energy elixir, used by lots of athletes. Cordyceps often comes in powder form, making it a simple smoothie recipe. It’s a form of parasitic fungi that grows on the larvae of insects. It attacks the host insect and sprouts long stems that grow outside the body. People harvest the fungus by hand-collecting the insects and drying them out. It also has its roots in traditional Chinese medicine, where practitioners have prescribed it to treat fatigue, kidney disease, low sex drive, and various illnesses. People have discovered over 400 species of cordyceps. Two species in particular, cordyceps sinensis and cordyceps militaris are among the most popular. Brands that you can buy online include Four Sigmatic, and Om Organic Mushrooms.[/vc_column_text][/vc_column][/vc_row][vc_row][vc_column][vc_column_text]

This eastern medicine has its roots in Indonesia and other Southeast Asian countries. Farmers produce kratom from the dried leaves of the tropical Mitrogyna Speciosa tree. The leaves are harvested at various stages of development, when the veins are white, green, or red. Kratom is interesting in that its effects are different depending on the quantity you consume. In low doses, it generally acts as a stimulant, similar to caffeine. In fact, the tree is in the coffee family despite the absence of caffeine. In higher doses, kratom is reported to act as an anti-anxiety drug or a sedative. Besides vein color, kratom is available in numerous strains, often named for the vein color and places of origin. For example, Red Malay Kratom is sourced from red-veined leaves. The trees are said to originate in Malaysia for this strain, though it’s usually sourced from Indonesia for legal reasons. Yellow Borneo Kratom is a popular variety that is reported to be highly effective. It’s an interesting strain because it is not named for the vein color. Instead, it’s yellowish in its final form because of the pasteurization process used to sterilize the powder.[/vc_column_text][/vc_column][/vc_row][vc_row][vc_column][vc_column_text]

Many of the foods you eat will contain a variety of B vitamins. Certain of these vitamins have stimulating effects, similar to caffeine. For example, our bodies can convert nicotinamide riboside, commonly known as vitamin B3, into nicotinamide adenine dinucleotide. This coenzyme is used by the cells of your body to metabolize energy. When you consume B3, you enhance your body’s ability to produce energy at the cellular level. Fish, chicken, peanuts, and other high protein foods are often high in B3. Alternatively, you can buy B3 capsules online, often labeled as Niacin, as a more direct source of B3.

Many people boil chicory root into a beverage that has a similar aroma and flavor to coffee. It’s not actually a stimulant in the way that caffeine works. Instead, it may have a placebo effect on your body, if you are weaning off of the drug. That said, it may have health benefits including improved digestion and as a solution to reducing the symptoms of hyperglycemia. You can buy this root online and steep it in hot water for a delicious drink. Consume it in conjunction with one of the energy boosters listed above, and you’ll have an effective coffee substitute that can give you the physical, and psychological boost you need.

If you want to take a break from caffeine, then try some of these alternative energy boosters. Just keep in mind that many of them are not approved by the FDA, and do not always have peer-reviewed studies that support the claims made by practitioners of Eastern Medicine and others. So, exercise caution and speak to your doctor first, before trying any of the items on this list.[/vc_column_text][/vc_column][/vc_row] 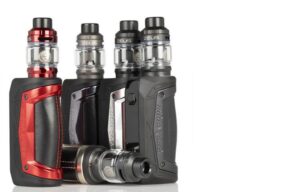 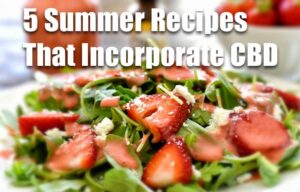