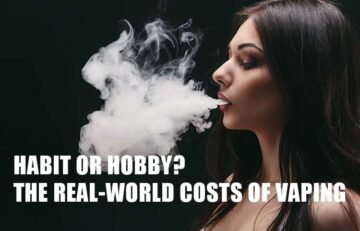 [vc_row][vc_column][vc_column_text]Let’s all hop in our digital DeLoreans and go “back to the future” – back to a simpler time in vaping, when discussions centered on puff counts and getting more bang for the buck. Yeah, it’s hard to fathom, but less than a decade ago, the fledgling e-cigarette industry wasn’t trying to fog rooms and perform vape tricks on YouTube – it was about accurately replicating the smoking experience and beating the costs of cigarette smoking.

Not everything is quantifiable

Before we get into a breakdown, consider the intangibles. Because smoking isn’t just expensive for smokers. Just ask bosses and shift supervisors. Those innocent smoking breaks can add up to hours over the course of a workday. If you work somewhere that requires you to punch out for breaks, smoking can damage your bottom line in record time.

By the time you punch the clock, head outside, smoke an entire butt and return, you’re looking at 10-15 minutes, at a minimum. Even an occasional smoker could theoretically lose 30-45 minutes of paid work each day.

If you’re NOT dependent on a clock, you still need to consider the loss of productivity that comes with regular smoke breaks … not to mention the possible hit that can come from being a smoker in a non-smoking office. If your boss continues to see an empty chair in front of your desk, it might be more difficult to demonstrate your value over a non-smoking coworker.

Come year-end bonuses or promotion time, who’s going to reap the rewards – the person who’s always at their desk making the company money? Or the empty workstation that smells like Joe Camel’s laundry?

Now, we know that more and more buildings are banning vaping from the premises, simply because of the stigma of vaping as a dangerous practice. But, if you work in a place that allows vaping on site, you could satisfy those cravings, without the odor and negative societal effects that come with cigarettes, in as little as a minute or less. (And don’t even get us started on the extra laundry and cleaning costs that smokers usually have to pay… that’s another article entirely…)

To get back on point, the upfront costs for today’s vape setups aren’t cheap, even if mod and tank prices have plummeted compared to just a few years ago. (Veteran vapers, remember when $150 mods were commonplace? Good luck finding anything at those price points today.) Naturally, some vape types are less expensive than others, starting with the most-popular variety currently available…

Normally, we wouldn’t lump these names together, but if you actually stop and think about what JUUL and other pod mods actually are, they’re practically indistinguishable from the cartomizer devices we all used a few years back. And as such, we’re treating them the same way.

In the box, we usually see the same things in pod mod and e-cig starter kits – the device, a charging cable, and perhaps a few cartridges, which usually last a predetermined amount of time, depending on frequency and intensity of use.

A pack of tobacco cigarettes can cost you anywhere between $6 and $16 (sometimes more) depending on what part of the country you reside in. This means, for a pack-a-day smoker, you can expect to pay hundreds per month, just to smoke.

Comparatively, pod mod starter kit can range between $10 and $30 (though, with so many contenders out there, we don’t recommend ever paying that much for a small pod mod kit).

A replacement set of pods and cartomizers are comparably priced to the costs of the kit. So, if you vape at the same frequency as you smoked, you’re probably going to have to buy a new set a few times per week. Plus, there’s a good chance you’re going to want to add another backup device, and some other accessories.

Assuming heavy use, your first month of vaping might actually turn out to be more expensive than smoking. But once all the hardware is covered, and you know how to take care of it, the heavy expenses are over with,. Now, the only money you’ll lay out is for new cartridges, or bottles of e-liquid to refill them. Regardless, in one month, your spending can already drop noticeably.

These devices are more complex and more involved. And with technology comes expense. When buying an advanced vape mod kit, you usually receive the device, a tank, a few spare coils, and additional hardware. Basically, all you need to vape, with the exception of e-liquid.

But, there are other costs to consider. Depending on the mod you purchase, you’ll need at least one additional pair of fresh external batteries, a quality charger, extra coils, or wick and wire to build your own. And higher-powered devices are designed for vapor production, and usually go through juice at a much faster rate than the afore-mentioned pod mods.

Plus, we need to mention that one of the perks of advanced vaping devices is experimentation – trying different tanks and RDAs is a huge part of the enjoyment, and needs to be considered. You might say you’re not going to need more than one tank, but since when is “need” any fun? Most advanced vaping device owners admit to owning several vape tanks… and probably own a few more than that.

So yes, top-tier vaping can cost some serious ducats upfront. But, just like pod mods most of the initial costs are from major purchases, and only need to be done again once your hardware begins to age and break down. Or, when the following happens…

From habit to hobby in 10 mods or less…

On paper, vaping doesn’t needto be expensive, even after the initial purchases. But we don’t live on paper, and the hobbyist culture that pervades vaping is growing. Mostly because it’s easy and enjoyable!

Of course, this is where things can get pricey. With vape companies releasing new products all the time, and a steady lowering of prices, it’s way too easy to move past one mod or tank. Before long, that whole “need” and “want” difference flies right out the window.

I’ll throw myself out there as a prime example. When I started vaping more powerful mods and tanks, I purchased the device, a pair of 18650 batteries, a tank and five coils. My bill for the day was just north of $110 – which was a LOT of cigarettes, even then.

I loved it. I used it constantly. I learned to maintain it and get the most from it. It was an extension of my hand. But then something happened. The following week, a better version of that very same mod was released to an unexpecting public … a public I was a part of. And so the cycle began, and “want” vs. “need” was a largely gray area.

Removing the mods I get through reviews, I still have a healthy collection of 15-20 advanced vaporizers, countless tanks and drippers, a ton of coil wire, e-liquids I haven’t even revisited in months, and a slew of tools and gear. Even without trying, I managed to build a collector-worthy amount of products. And I’m far from alone – just visit a vape shop on a Saturday afternoon if you don’t believe me. I may have my favorites and go-to devices, but the collection will continue to grow as long as I keep vaping.

So, the takeaway here? Vaping for habitual reasons can be cheaper than smoking. Vaping as a hobby is something else entirely, if you allow it to get that way. It all comes down to self-control and the ability to control your need for vape mail.

Long story short? Vaping CAN be a much more cost-effective practice than smoking. Can startup costs hit you in the wallet? Absolutely. But with a little prep, even more advanced vape rigs and huge bottles of e-liquid can quickly prove to be lighter on the wallet (and the body) than the ol’ analog lung-busters.[/vc_column_text][/vc_column][/vc_row]

0
Incost of vaping, costs of smoking, smoking and vaping 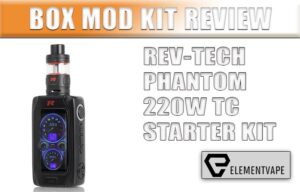 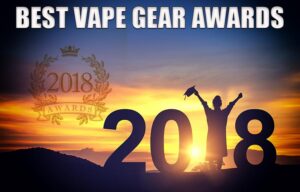