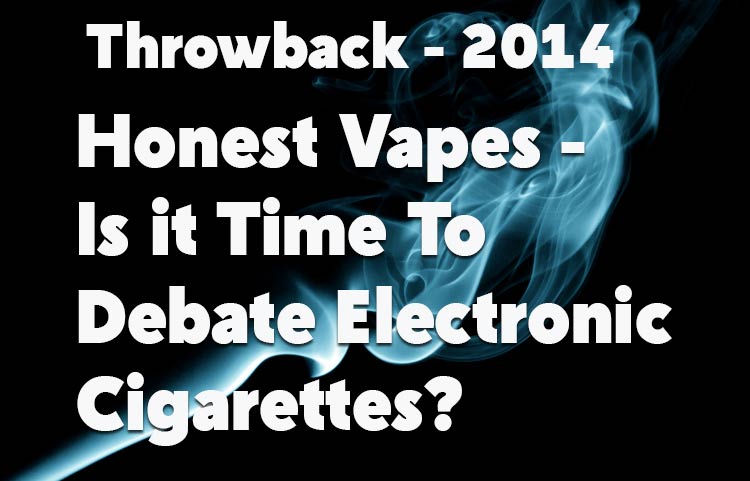 If you are looking towards the electronic cigarette industry today with fresh eyes and a totally impartial view, how would you see the way the sector is progressing and what it has to offer you? Can we truly expect honest vapes, or would most non-vapers be influenced by the mass media (which has not been exactly helpful for the industry) or would you expect more specific, subject focused websites, like Spinfuel VAPE which perhaps offer a greater insight into electronic cigarettes and the world of honest vaping?

Whatever your views, whatever your opinions, it looks more and more as though now is the time for a full,  frank and honest vapes debate about electronic cigarettes.

Despite much speculation in the press (and little to no scientific support), negative comments from regulators, politicians, and other interference, the regulatory issues surrounding electronic cigarettes are far from clear. On one hand we have the European Union, apparently under pressure from those opposed to electronic cigarettes, trying to push through strict regulations while on the other the Food and Drug Administration (FDA) in the US appears incapable of delivering anything on time. It makes you wonder if anything will get done by 2020. If it does, will there be enough understanding to show that as a smoking cessation device, vapes cannot be challenged.

Are we Being Played?

While some people might suggest that a ‘lack of regulation‘ and no long-term framework will play into the hands of the electronic cigarette industry. However, this is not necessarily the case. Far from it. Many potential electronic cigarette users would prefer to see a regulatory framework in place now. Indeed, many electronic cigarette manufacturers would prefer this as well. The lack of a regulatory framework creates the perfect environment for speculation, rumours and untruths to very quickly become “facts and figures“. And let’s not forget how panic can set in by a carefully selected story that could work toward killing off the entire vape industry.

The subject of electronic cigarette sales to those under the age of 18 (or 21 in some areas) is certainly a hot topic at the moment, especially in the US. And until these and other decisions are decided and made into Law, many politicians will allege the sale of electronic cigarettes to those under 18 years of age is running rampant. Despite the fact that responsible Vape Shops and Online Vendors have strict policies in place to alleviate this problem. In Vape Shops customers must show a valid ID, online they must pass sophisticated Online ID Verification.

Why in the world would responsible vape shops and online vendors take the chance selling these products to those under the age of 18? Most shops owners, online and brick and mortar, invest their life savings into their shops, and taking the chance of selling to minors isn’t worth risking their investment.

Sales to Minors Possibility is Used as a Weapon

The sale of products to underage vapers has also been heavily discussed together, with a suggestion that electronic cigarettes offer a gateway to tobacco cigarettes. This is something the Political Elite continue to push. To insinuate and use as a means of discussing further regulations and perhaps more pointedly, taxes.

While no government has yet confirmed that this is their long-term intention (it is) we have seen a number of state authorities in the US attempt to push through minimal taxes – at least in the short-term – on electronic cigarettes. Interestingly many of these attempts have met with resistance from the voting public and a number of draft bills have been thrown out. There will be a point in the Vaping History where we will have to accept taxes on e-cig products. The government has to get its slice, even if they don’t deserve it.

For a few years there has been a suspicion that governments around the world will eventually attempt to replace their tobacco tax income with electronic cigarette taxes. Perhaps if the authorities were upfront about their long-term plans they would gain surprising support from electronic cigarette users and the industry as a whole.

It is the perceived as an underhand nature with which some governments and state authorities are attempting to penalize the electronic cigarette industry which is causing a major backlash. Perhaps most are afraid that the tax levels will approach or surpass tobacco taxes.

Search the internet about electronic cigarette taxes, health issues, regulations and sales policies and you would be confused. Each day seems to bring an array of contradictory comments, rumours and untruths which have in many ways cast a dark cloud over some elements of the industry.

Even though the industry has answered these questions time and time again it is the mass media, often under pressure from third parties, which has perhaps fallen short in its duty to give fair and accurate coverage of the honest vaping.

Many are now calling for an open and honest debate about the electronic cigarette industry taking in an array of subjects including all mentioned above. This will allow all parties to put their views forward, to back-up their opinions with cold hard facts and at last clear some of the mist which has descended upon the sector. But, you know what, I have a strong suspicion that in 5 years from now we’ll still be fighting this senseless war. Big Tobacco and Big Pharma, along with hysterical politicians, don’t like to lose. 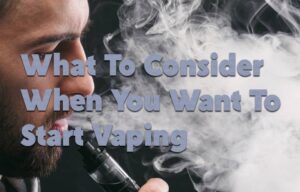 Previous post What To Consider When You Want To Start Vaping 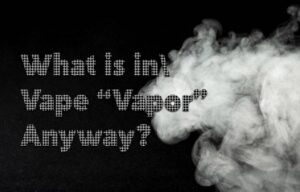 Next post What is in Today’s Vapor (from vaping) Anyway?