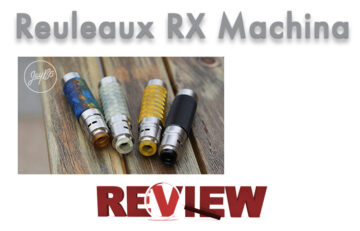 [vc_row][vc_column][vc_column_text]REVIEW: Wismec Reuleaux RX Machina – I was as surprised as anyone when a new mechanical tube mod – much less one made by Wismec – appeared on my desk a few weeks ago. It had been years since I even used a tube mech, and have never tested one for a review, so I wasn’t even sure I was the right guy for the job.

But, as you’ll read below, I’m glad it happened, because the Wismec Reuleaux RX Machina and Guillotine RDA made for an enjoyable walk down memory lane. Has it converted me to tube mechs? No. But it does do its job well, and would make a nice addition to any enthusiast’s collection.[/vc_column_text][/vc_column][/vc_row][vc_row][vc_column][sc_subheading subtitle=”Initial impressions of the Reuleaux RX Machina Kit”][vc_column_text]Designed by longtime Wismec collaborator JayBo, the RX Machina mod makes a strong first impression. My ivory and stainless test model was simply too good looking to sit inside a cardboard box, so Wismec smartly packaged it in a clear plastic case, to show off the patterned resin exterior.

Removing it from the case allowed me to feel the exterior, which is nicely manufactured, with a subtle texture that led to a wonderfully comfortable grip, even when reaching to engage the battery. This resin-like material (advertised as “Resin Appearance”) catches and reflects light in a way that almost becomes hypnotic when slowly rotating the mod. Simply gorgeous.

One thing I noticed from the outset was how the RX Machina is surprisingly short, even with the ability to house a single 20700 battery (18650-compatible with included adapter). The interior walls of the tube didn’t feel thin or flimsy, but Wismec appears to have maximized the space to keep things compact.

The included Guillotine RDA matches the RX Machina to a tee, with a wide-bore drip-tip made from the same resin as the mod’s exterior. This 25mm dripper features a dual-post deck, adjustable airflow, and a tremendous juice well – a growing trend, at least among the RDAs I’ve tested these past few months.

Together, the RX Machina kit presents an attractive, compact combination that should appeal to even the most die-hard, high-end mech enthusiasts.[/vc_column_text][/vc_column][/vc_row][vc_row][vc_column][sc_subheading subtitle=”Operating the Reuleaux RX Machina Kit”][vc_column_text]This is a mechanical mod, so when it comes to operation, things are about as simple as a vape device can be. The battery is installed, as expected, through the top cap, which was snug, with smooth threading throughout.

I did notice that the included 18650 adapter made things a little tight inside the chamber. Getting the battery and adapter IN the mod wasn’t an issue, but removing them proved to be quite a chore, forcing me to shake the device several times to move things outward.

It worked well once installed, but opting for the 20700 option was a far better situation, as the larger, wider-diameter cells sat comfortably inside the tube, with no rattle or play.

Once intact, the RX Machina settled into standard mech territory. That is, to say, slightly awkward at times. Using a standard bottom button to engage the battery, firing the RX Machina required an awkward grip to use, even with the stout body design. In fact, after nearly dropping the mod twice, I resorted to using two hands to accurately fire.

Whether or not this is due to my short, carpal-tunnel-ridden hands is up for debate. What ISN’T up for debate is how stiff the firing button was, even after a week of heavy use. Trying to engage the button with a pinky finger alone was difficult because of the firm press necessary to fire, causing me to lose grip several times.

Over the course of a week, the button only loosened slightly, and before long, I put the device down, preferring the ironic simplicity that comes from more complicated regulated mods.[/vc_column_text][/vc_column][/vc_row][vc_row][vc_column][sc_subheading subtitle=”Vaping the RX Machina mod and Guillotine RDA”][vc_column_text]My mechanical shortcomings shouldn’t be the basis for a review, so let’s approach this section from the perspective of someone familiar with mechanical mods, beginning with the included Guillotine RDA.

As we mentioned in the RX Machina kit preview, the Guillotine’s dual-post deck caught our attention with its gargantuan ports for coil leads. Though they look as if they won’t move, even when loosened, my leads slid in with ease, and secured evenly and tightly every time I adjusted my coils. Builders rejoice – Wismec has made a nifty new playground for creative types.

I chose to use the kit as intended, installing the included (somewhat narrow) clapton coils, which read at 0.2 ohms once secured. I wicked it with my preferred Native Wicks cotton, dripped for what seemed like forever, then sealed the top cap and attached it to the RX Machina.

My first draw was pure vaping bliss. My instincts told me to check a screen for ohms readings and battery level. And they kept telling me that for nearly an hour before I realized this was vaping at its purest level.

The Guillotine RDA is a winner. Though the oval-shaped airflow seemed a little restrictive when compared to some other “top-tier” RDAs I’ve reviewed, it was more than adequate, allowing flavor to come through as much as sheer cloud cover. Thanks to the Guillotine’s deep juice well, I never once experienced leaking or pooling, even when overdripping. 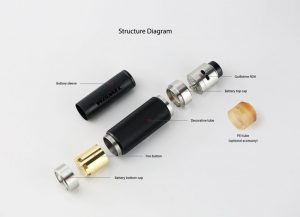 But the vapor production is no slouch, either. Though this is clearly a more “entry-level” mechanical mod for experienced vapers looking to dabble in less-restrictive practices, mechs are still mechs, and the pure power coming from the 20700 battery allowed the RDA to shine.

Best of all, the matching drip tip not only looked beautiful, but kept my lips perfectly cool and safe, even when chain vaping.

Though I still struggled to find an appropriate one-hand grip that worked for me, the only “misfires” I experienced came from my own inability to apply enough pressure to the stiff fire button. When engaging with proper force, the RX Machina delivered smooth, stutter-free power from first puff until the battery levels diminished.

It’s downright odd to see a pure mechanical mod released by a company best known for large, high powered devices. And, to be honest, I’m not sure where the Reuleaux RX Machina lands in this marketplace. Though this is a simplified mech experience, mechanical mods are still advanced devices that require ample understanding of batteries, coils and power.

In turn, the RX Machina is too simplistic for advanced mech enthusiasts, who likely have $400 Ables and Timekeepers occupying their desk space.

So, while I’m not 100% sure which audience would be best served by the Wismec Reuleaux RX Machina, I do know that all of them will enjoy a beautifully made, no-frills vaping experience. Yes, there’s a stiff button to contend with, but also a killer RDA thrown into the attractively priced kit. If you’ve wanted to try mech vaping, here’s your first step. 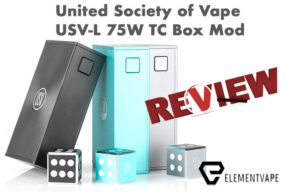 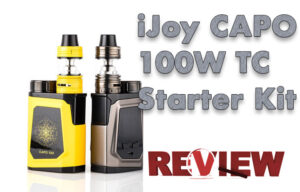