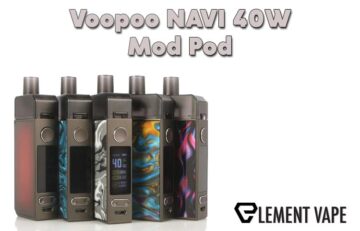 Another day, another pod rig. Yawn…. another same-y intro about hybrid devices becoming the future of vaping… or whether or not they should be. This time around, though, with the Voopoo NAVI pod mod system, we feel like there’s a basis for a true series of vape mods. We’ve said it before, but after we stopped investigating the NAVI with a microscope, we realized that the mod does what it says, and that might be enough for some.

No, the NAVI isn’t a thumb-drive capable of fogging a room. But there’s some quality here, backed by some decent, if familiar hardware behind it. Let’s get to the specs.

(By the way, we have no intention of discussing the ridiculous “mod pod” designation. Marketing is one thing, but changing the name of an unoriginal device for the sake of it is misleading. The last thing this industry needs is more confusion.) 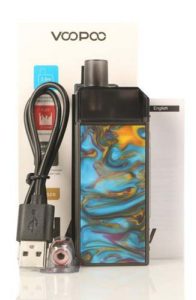 Check out the VOOPOO NAVI Mod Pod Kit, a new vaping pod system, incorporating an impressive 1500mAh Rechargeable Battery, 0.96″ OLED Display Screen, and can utilize supporting coils from the Voopoo PnP Coil series, unlocking a slew of coils and vaping styles. Constructed from durable zinc-alloy, the Voopoo NAVI Mod Pod is equipped with the unique dual airflow system, drawing inlet airflow from the front and back of the pod system. Merging into a single airflow pathway, the NAVI can prevent burnt coils by ensuring an appropriate airflow is inlet to create delicious clouds of vapor that will dazzle the taste buds. With the ability to access the PnP coil series, the NAVI is offered a range of coil options that will unlock plenty of options for the user, fine tuning a DTL or MTL vape style, without sacrificing flavor from your favorite nicotine salts or freebase eJuice.

Aesthetics of the NAVI

On first glance I can’t help but say, “I’ve seen it before, I’m seeing it again.” The styling of this device is similar to the Lost Vape Orion… and the SMOK Trinity Alpha… and the… You get the point. Because it’s Voopoo , you know the colorways and finish are second to none — the company is a proven veteran for a reason, and there’s no reason fans of these designs will be disappointed in the NAVI.

That said, there isn’t anything visually groundbreaking that we haven’t already covered in this genre of pod/ AIO type devices. If you like the mini-box appearance, Voopoo’s latest is right on par with the rest of the pack. 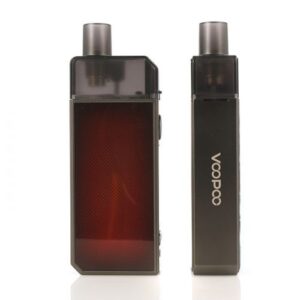 As convenient as the magnetized pod connection system is, it’s also where I’ve encountered one of the biggest cons while using the NAVI. Sure, the magnets technically hold the pod in place, but it seems the designers forgot that these mods need to sit in pockets. Without much effort at all, the pod is too easily separated from the base of the device. A few times I’ve reached in my pocket and pulled out only a pod instead of the whole unit.

My final gripe about the pod section is another “greatest hit” — how dark the pod is. Why are companies making it so damn difficult to check liquid levels? Having to hold the device up to a light source to see how much e-liquid is left in the pod is completely inconvenient and unnecessary. 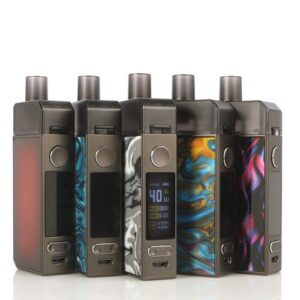 Despite the low-ohm ratings for the included coils, the NAVI is best suited for vapers looking for an MTL experience. As an MTL device the NAVI performs beautifully. With the combination of the small diameter coils and tiny airflow holes the draw is restricted and flavorful. Trying to use the NAVI as a direct lung device is too much work in my opinion — even the 0.45-ohm VM3 coil is pretty snug. When I want a big flavorful cloud of vape I’ll leave that up to my dedicated sub-ohm setups.

The coils themselves are predictably solid and enjoyable, and fall right in line with what we’ve come to expect from this class of pod/AIO mods. But don’t be fooled into thinking this is a highly versatile device — even with 40 watts and supposedly sub-ohm capability, this is best used as an MTL vape kit. 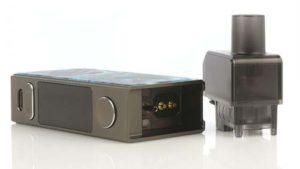 We should mention that the NAVI is both button- and draw-activated, but to be perfectly honest, users should stick with button firing. While there was adequate response with draw activation, I found myself using primer puffs like the old days of e-cigarettes. The button firing, in contrast, was near-immediate and satisfying.

I would have appreciated some form of airflow control, since the stock setup is pretty tight and restrictive. Maybe we’re being spoiled by having so many “advanced vaping” features on pod/AIO devices, but once you’ve had that level of control, it’s a little hard to go back.

Likewise, with the lack of an interchangeable drip dip, the airflow is what it is. I do wish I had the option to switch it out for something not as narrow. Other vapers out there who are accustomed to standard tanks will find this a bit frustrating as well

Fortunately, thanks to the responsive GENE chipset and 1,500mAh cell, the NAVI’s battery life was strong. Though I found myself using it more as a backup device throughout the day, I did manage a full day out of the battery, but with moderate use, likely in the vicinity of about 200-250 puffs before needing to be recharged.

With the GENE chipset and solid coil functionality, there’s an argument that the NAVI is a little different than the rest of the pod mod pack.  But there’s also an argument that it’s simply another super-compact pod/AIO device that is best experienced as an MTL mod. It is a very capable device when all is said and done. Despite some of the shortcomings, like the darkness of the pod tanks and the weak magnetic connection, I mostly enjoyed my time with the mod.

(But don’t get us started on the “mod pod” designation.) 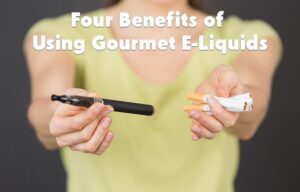 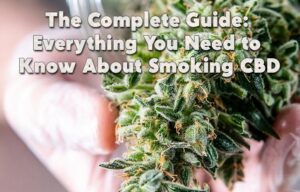