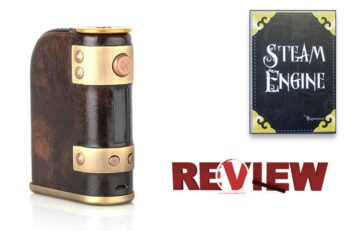 [vc_row][vc_column][vc_column_text]According to my desk, “winter is coming.” At least it seems that way when looking at the leather-bound Vapeman Steam Engine DNA75 box mod. If you’re not up on Game of Thrones, let’s put it this way – the Steam Engine WILL stand out in your collection, for several reasons.

But looks are just looks. How the Steam Engine vapes is what matters. And happily, this leather-and-rivets showpiece is packing some serious weapons under the studded armor. Let’s dive in…[/vc_column_text][/vc_column][/vc_row][vc_row][vc_column][vc_single_image image=”167821″ img_size=”750×481″ alignment=”center”][/vc_column][/vc_row][vc_row][vc_column][sc_subheading subtitle=”First impressions of the Steam Engine Mod”][vc_column_text]Right from the outset, the Steam Engine packaging lets buyers know this is no ordinary, faceless device. The steampunk-influenced graphics and ornate Old English font set the tone on the box, and the overall industrial flair pervades the entire design, save for the Evolv DNA logo that jumps off the back of the box.

Opening the lid reveals a burlap pouch held inside a foam insert, alongside a slim box holding a new USB cable for your growing collection. And yes, I said BURLAP – when Vapeman finds a concept, it sticks to it.

The Steam Engine itself is a truly striking device. I know Vapeman was going for the full steampunk look and feel – and it certainly hits that mark – but to me, the dual-18650 Steam Engine more closely resembles something out of Dungeons and Dragons, or the afore-mentioned Game of Thrones. With a brown (hopefully faux-) leather wrap, bronzed rivets, and a slight patina to the exposed metal, no one will mistake the Steam Engine for any modern vape mod.

But this isn’t just a fake leather sticker on a standard box mod. The Steam Engine is extremely well-made and machined, with quality stitching, strong metal frame, and a top-tier 510 connection that accepts virtually any atomizer available, up to 28mm without overhang.

It’s also extremely hefty – the metal and leather is no facade. Though the 85mm height and 65mm width means the Steam Engine could theoretically fit in a pocket, its sheer density and weight might make you second guess that decision.

One nice design feature is how Vapeman seamless integrated the fire key and operating buttons into the riveted metal look. To unfamiliar eyes, the Steam Engine looks more like a medieval collectible than a modern piece of technology.

Looking past the thematic design, the Steam Engine has relatively low-key features. The fire button is small by current standards, but has a great throw without an ounce of rattle or play. The 0.91-inch OLED screen is bright and clear, showing off the standard DNA device screen information.

One of my only concerns about the Steam Engine mod is the battery door, which is removable, and rather loose – in direct contrast to the otherwise rock-solid build quality. My test model worked perfectly the entire time, but the door should have been hinged, perhaps with a magnet to secure things a little better.[/vc_column_text][/vc_column][/vc_row][vc_row][vc_column width=”1/2″][sc_subheading subtitle=”Operating the Vapeman Steam Engine Mod”][vc_column_text]revision of the firmware-upgradable DNA75 chipset. The classic DNA menu system hasn’t been changed a bit, and we’re thankful for that. It might not be the most innovative menu operation, but it has certainly become a benchmark for simplicity and navigability.

As has become the standard, the Steam Engine brings the best of the DNA chipset to the table, with precise wattage and temp control operation, temp protection, support for all major coil types, and battery life optimization. More importantly, the Escribe PC software allows users to easily customize every aspect of the vape experience.[/vc_column_text][/vc_column][vc_column width=”1/2″][sc_heading title=”Vapeman Steam Engine”][vc_gallery interval=”3″ images=”167578,167577,167576,167575,167574,167573,167572,167571″ img_size=”medium” css_animation=”none”][vc_column_text]Though I mentioned the loose battery door, the Steam Engine does feature single- or dual-battery operation, with one or two 18650s in parallel. This is a nice option, though users will only hit that 75-watt maximum using a dual-battery setup … and given the mass of the mod, there’s no reason not to do just that.[/vc_column_text][/vc_column][/vc_row][vc_row][vc_column][vc_video link=”https://www.youtube.com/watch?v=6hfPijQcoCc&t=209s” align=”center”][sc_subheading subtitle=”Vaping the Steam Engine Mod”][vc_column_text]Using the Steam Engine was an absolute pleasure. When I review mods, I’m usually buried in new menus, light shows, features, bells and whistles. Sometimes, it’s just nice to have something that simply works, and works well.

Obviously, the DNA chipset is going to deliver straightforward performance, so there’s no surprise there. But I was nonetheless impressed by how powerful the Steam Engine ( Element Vape) was, even with a relatively low wattage threshold.

Using a Geek Vape Ammit 25mm RTA, with a standard 24-gauge Kanthal build, registering around 0.24 ohms, I was floored by how much power came flowing through the atomizer, producing a warm, rich vape. At just 60 watts – which is not a small amount of power by any means – I felt I enjoyed the same vape quality some newer mods offer at 80-90 watts.

This begged the question – is the Steam Engine actually overpowered? Or are many of today’s mods simply underpowered? I don’t have professional measurement equipment to gauge power output, but after reviewing hundreds of these devices, I know that 100 watts isn’t always 100 watts. This is a perfect example of how proper hardware and software can equal an amazing vape – one that doesn’t require three digits’ worth of power to produce.

The built-in protection suite was accurate. I have a few coils that I use specifically for testing protection warnings, and just as advertised, the Steam Engine throws a warning at and below 0.15 ohms. These protection features are fairly common these days, but I’ve seen more than one completely fail. The Steam Engine offers no such concerns.

Again, the DNA chipset ensured the Steam Engine’s TC suite worked as well as expected. Though I did notice the lack of TCR modes in the menu system, the preset levels for Ni200, Titanium, and SS316 are so precise, it’s doubtful anyone will need them. Plus, if users decide to venture into Escribe, (the software for Mac and PC’s that allow full exploits of the chipset)  all their customization needs will be met.

Perhaps most impressive about the Steam Engine’s operation is the top-notch battery life. Using a fresh pair of Nitecore 3100mAh/35A cells, the device gave me an extremely impressive nine hours of assertive use – usually at or near the mod’s max of 75 watts. At no point did the Steam Engine waver, even at the upper echelon of its capabilities.

No matter which tank or RDA I used, the Steam Engine vaped unbelievably well. And it did it with style – hours after first opening the box, I still found myself staring at the completely unique, eye-catching presentation. With just one or two exceptions, all of my tanks and drippers looked to be natural extensions of this style (the bronze-ish iJOY Captain RDTA was a particularly strong visual match).[/vc_column_text][/vc_column][/vc_row][vc_row][vc_column][sc_subheading subtitle=”Wrapping Up…. “][vc_column_text]When I first got the Game of Thrones-esque Steam Engine, I chuckled when looking at the over-the-top design. By the end of my first vape, I wasn’t laughing anymore. The leather and studs look might not be for everyone, but this level of accurate, smooth vaping performance likely will be.

People will probably buy the Steam Engine because it looks so different. They’ll KEEP it because it offers a fantastic vape, through and through. 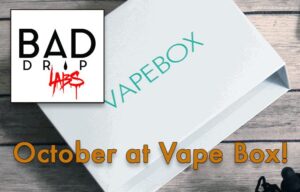 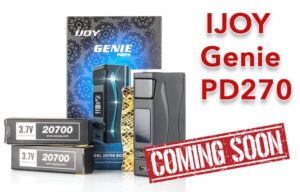