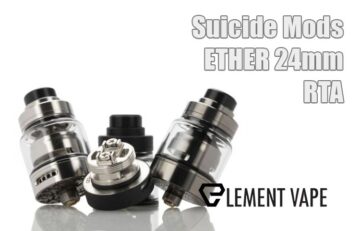 [vc_row][vc_column width=”1/2″][vc_column_text]The mouth-to-lung (MTL) vaping resurgence isn’t exactly newsworthy. MTL vaping is here to stay, and is arguably more popular than ever, thanks to the boom of pod mods that populate the market. One of the most enjoyable examples yet is the all-new Suicide Mods Ether RTA.

Aesthetics of the Suicide Mods ETHER 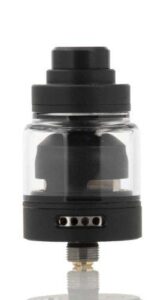 The Ether itself is an attractive atomizer that stood out from my other MTL-focused RTAs which are usually taller and narrower. By comparison, this 2mL setup is a short, stout affair, made even more enjoyable by the drip tip and glass section.

There is an extension piece included in the box, in case you want to purchase “XL” glass sections for more capacity, but we only worked with the stock 2mL format for this review. At a lofty $52.99, it seems odd that at least ONE larger extension glass wasn’t included in our review box, but who are we to argue with their pricing?

There’s no question Suicide Mods designed this tank for true MTL vapers, with airflow that ranges from tight, to really tight. The postless build deck itself is relatively narrow, but is an absolute breeze to build upon, with large screws in place to secure coils and trim leads. In less than a minute, I had a perfect coil in place, ready to wick.

Despite the relatively small deck size, the cotton/juice ports are deep, and I found I needed more cotton than expected to fill them, while still allowing for juice flow. I heartily recommend fluffing your cotton well before placing it, as juice flow is still limited because of the MTL design.

One thing I loved was the use of skull logos on the base of the tank. While no one will see it when attached to a mod, MTL products are usually more reserved in design, making this a standout for that reason alone. Even if MTL vaping isn’t as “rock and roll” as the sub-ohm crowd, I dug the look.[/vc_column_text][/vc_column][/vc_row][vc_row][vc_column][vc_column_text] 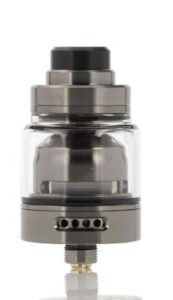 Suicide Mods may be new to designing MTL atomizers, but the Ether fits right into that plan, with no aspirations of being a “multipurpose” tank of any kind.

I used the Ether on the soon-to-be-reviewed Sigelei FOG mod, at a conservative 20 watts. And the vapor coming from the tight airflow, narrow chimneys and mouthpiece created such a concentrated burst of flavor, I was quickly reminded why MTL vaping has made such a resurgence over the last few years.

Still, this setting was far too stiff for my tastes, so I adjusted to the most open setting, and was floored by how MTL focused the Ether remained. No matter what the description says, this is not a modified restricted lung atomizer – this is all about traditional MTL vaping, and it delivers the goods. But if you have any intentions of using this for the occasional direct lung hit, prepare to be let down.

I swapped in a lower-resistance coil – 0.5 ohms, to be exact – and rebuilt, boosting power to 28 watts. Though there was slightly more ramp-up time, the coil didn’t make much of a difference in overall performance, as the airflow was still restrictive.[/vc_column_text][/vc_column][/vc_row][vc_row][vc_column][vc_column_text] 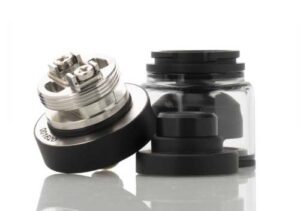 What was most refreshing is how each coil, regardless of gauge, stayed perfectly seated in the posts. The deck is a simple postless design, and the Ether demonstrated why this format will likely never go out of style. Vaping doesn’t need to be complicated, just consistent, and this deck held steady throughout my testing.

One thing to keep in mind: Though e-liquid reaches the wick at a decent clip, deep chain vaping is not recommended, especially with thicker liquids. When I tried this, I endured a handful of dry hits, simply from testing through heavy use.

The other minor quirk I noticed came in the form of slight gurgling and spit back when the tank is filled to near-capacity. It’s always good practice to leave a little air in your tank when filling to maintain the vacuum, but it’s especially true here. I didn’t experience any leaking with the Ether, but heavy-handed fills definitely made for some gurgly puffs before settling in.[/vc_column_text][/vc_column][/vc_row][vc_row][vc_column][vc_column_text]

Despite a few quirks, I have nothing but positive feelings for the Ether. It balances modern tank design and ease-of-use with a properly narrow form factor that brings rich, concentrated flavor to MTL vapers. I would have preferred more airflow to try some restricted lung hits, but that’s hardly a knock, considering Suicide Mods never intended the Ether for this type of use.

If you’re looking for a quality, compact MTL atomizer, it’s best to go back to one of the original companies from vaping history. The Suicide Mods Ether is an excellent, high-performing MTL atomizer that stands out as a highlight in increasingly crowded MTL waters. 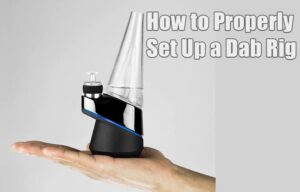 Previous post How to Properly Set Up a Cannabis Dab Rig 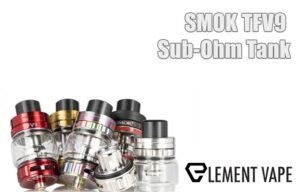