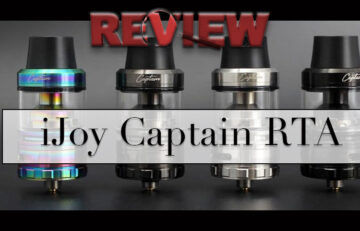 [vc_row][vc_column][vc_column_text]Hail to the chief! After reviewing EVERY item in iJOY’s Captain line of products to date (with the even newer Captain S sub-ohm tank still waiting in the wings), it’s been an inconsistent ride thus far. So, when the RTA edition arrived on my desk, I approached with some serious skepticism. Would this Captain 25mm RTA by iJoy right the course, or go down with the ship?

I’m happy to report that the Captain 25mm RTA brings honor to the ranks, as it is nothing short of a fantastic RTA, and the new leading product for iJOY’s flagship brand. And at $29.95 from Element Vape, you won’t pay a lot for the vape experience you’ve been wanting from an RTA.[/vc_column_text][vc_single_image image=”167202″ img_size=”750×481″ alignment=”center”][/vc_column][/vc_row][vc_row][vc_column][sc_subheading subtitle=”Eyeballing the IJOY Captain 25mm RTA “][vc_column_text]When you open the now-standard iJOY packaging – clear plastic shell, with slide-off wrapper – you’ll likely do a double-take, wondering if the company sent another standard sub-ohm tank. But a few aesthetic differences help differentiate the Captain 25mm RTA from its predecessors.

First, the top cap employs a slide-and-fill mechanic that makes it possible to refill the Captain RTA with one hand, which comes in surprisingly handy when you’re on the go. The top cap hinge is firm, but easy to engage, and there were no instances of it opening unintentionally. As I used it more, the cap naturally loosened, but never once lost its snug feel.

The fill port is wide, and accepted most of my e-liquid bottles and droppers without much concern. It should be noted that wider bottle tips sometimes cause the recessed fill port to flood, so squeeze slowly or have those tissues handy.

Secondly, the amber-colored, chuff-style drip tip is both attractive and extremely comfortable. But the 810-compatible cap allows for any similar drip tip to work here, including the popular SMOK Beast offerings. Though I found the wide-bore setup more than satisfactory, iJOY included a 510 adapter for those who prefer a narrower mouthpiece.

The rest of the iJOY Captain RTA appears very similar to the Captain sub-ohm tank (reviewed here as part of the Captain PD270 kit). The polished metal exterior catches the light nicely, and the entire offering is extremely smooth and well-machined. Even the signature recessed groove on the lower portion of the tank section returns here, to help dissipate heat during high-wattage use. It’s not particularly effective for this purpose, but it does look sharp.[/vc_column_text][/vc_column][/vc_row][vc_row][vc_column][sc_subheading subtitle=”Examining the iJOY Captain 25mm RTA”][vc_column_text]Taking the RTA apart, you’ll appreciate how snug the entire package stays together. Well-placed o-rings, and deep-seated grooves ensure all parts sit nicely, with no risk of gaps, nor any reason to overtighten the device.

The base of the Captain 25mm RTA is where things get a little more interesting. Instead of a solid piece, the base is actually a ring that centers the 510 connector pin, which is attached to the build deck itself.

The deck, in turn, slides into the chimney barrel like the replaceable sub-ohm coils from the original Captain tank. Though it sounds a little convoluted, the deck fits securely, and the base/ring secures everything without concern.

The Captain RTA’s chimney section also follows suit from the Captain sub-ohm tank, with a wide, but cone-shaped design for concentrated flavor. There are also four large wicking ports around the chimney barrel that align with gaps in the deck to provide adjustable juice flow control. Though it’s finicky, and can shift when screwing/unscrewing the Captain RTA from your mod, it works well overall.

Moving to the build deck, it’s immediately obvious that iJOY catered the Captain RTA to vapers in search of airflow. In addition to the generous air slots beneath the coils, there are also side airflow slots creating a very powerful “turbine” action that is evident in every puff.

More interesting is how iJOY opted for a postless, gold-plated build deck, rather than the standard velocity-style decks found in most setups today. While most postless decks can be temperamental and difficult to build accurately, the Captain RTA is surprisingly user-friendly, and the extra room only further enhances airflow and flavor.

That said, iJOY provided several unique, interchangeable build deck styles for its RDTA Box mod, and I would be awfully surprised if the company wasn’t considering the same approach for its new flagship product line. But if not, the included deck will appeal to coil-building novices and experts alike through flexibility and overall ease-of-use.[/vc_column_text][vc_gallery interval=”3″ images=”167201,167200,167199,167198,167196,167195″ img_size=”800×800″][/vc_column][/vc_row][vc_row][vc_column][sc_subheading subtitle=”Building the iJOY Captain RTA”][vc_column_text]Given the veritable shipload of space on the postless build deck, there’s plenty of opportunity for creativity with the Captain RTA. But there are a few quirks worth noting, to ensure you don’t encounter any vicious dry hits.

Once your coils are properly seated and tightened, you can wick as usual, with the exception of the leads. You cannot – I repeat CANNOT – overstuff the ports with cotton. Instead, you should snip the leads to loosely cover the ports, or fold the wick tails underneath. But even the slightest amount of extra cotton in the port holes will choke the Captain RTA, leading to burnt hits in record time.

Also, while most of you probably know to fluff your cotton after placing it in the coil, it has never rung truer than with the Captain 25mm RTA. Use a thin piece of extra wire to capture as many stray wisps of cotton as possible, without compromising the coil, and snip away the ends before wetting and wicking.

It’s odd that a device with such ample room for juice flow is so fickle with wicks. But, thankfully, once you have the proper technique mastered, it becomes second nature.[/vc_column_text][/vc_column][/vc_row][vc_row][vc_column][sc_subheading subtitle=”Vaping the iJOY Captain RTA”][vc_column_text]All it takes is one good draw from the iJOY Captain 25mm RTA to make the finicky little quirks worth the effort. Because this is a bona fide flavor machine, and a wide range of control to best match your preferred style of vaping.

Though we’ve already discussed the vast amounts of airflow on the Captain RTA, there is still a surprising amount of versatility to be had. With the bottom AFC ring closed off, the Captain RTA offers a flavorful restricted lung hit that never gets too warm. No one will mistake the Captain for a Kayfun, but considering how windy things can be with things wide open, iJOY built a tank that can accommodate a much bigger audience.

Using a 24-gauge Kanthal six-wrap build, coming in around 0.28 ohms, the iJOY Captain RTA was an absolute delight. I started conservatively at 65 watts, and received a warm, but not hot vape full of flavor and thick vapor. I worked my way up the ladder until this build peaked around 105 watts, but never got dry, even under extreme use.

(This is where the wicking tip from earlier came to light. Cotton-stuffed juice ports will choke in seconds. Wick loosely and intelligently, kids.)

Per usual, I found my ideal vape quality around 80 watts. At this level, the Captain RTA offered a perfectly matched balance of flavor and vapor, while staying surprisingly frugal on e-liquid consumption. The 3.8mL tank section lasted me quite a while, even under heavy testing.

Of course, we needed to push the Captain RTA a little, so I built a set of fused claptons, coming in at 0.15 ohms. Working my way up the ladder, the Captain sang until around 140 watts. Here, the tank and mouthpiece both began to move toward the wrong side of warm, but the overall vape quality was still good. That said, capability and purpose are two different things – and the Captain RTA is meant for flavor as much as it is for cloud production.

At higher wattages, the Captain may still perform, but flavor diminishes once the heat rises. By the time I was chain vaping at 110 watts, I could capably fog my office, but fewer of the e-liquid’s rich qualities were evident.

Within more moderate levels, however, the Captain 25mm RTA was a – pardon to pun – joy to use, even with the need for precise wicking. The sheer amount of flavor that came through every puff, while also offering notable vapor production and shockingly good e-liquid efficiency.[/vc_column_text][vc_single_image image=”167204″ img_size=”large” alignment=”center”][/vc_column][/vc_row][vc_row][vc_column][sc_subheading subtitle=”Conclusion and Score”][vc_column_text]As mentioned at the top of the review, iJOY’s Captain series has been a hit-or-miss line up until now, and there are still more products coming down the line. But any tank, RTA or dripper that follows in this series will have a tough task in outperforming this brand’s new leader, the Captain 25mm RTA. 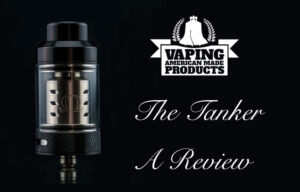 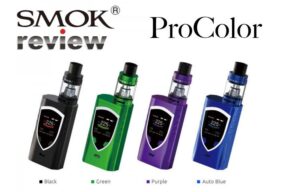