Yes, the words written below was an April Fools Prank – Please read about why it was done here.

The End of the Electronic Cigarette Industry is Here

China Bans ALL E-Cig Exports while we slept.

China has made a bold move against all electronic cigarette manufacturers and their customers by recent bans on ALL (not just some) electronic cigarette exports out of the country. In one single stroke, the e-cigarette industry has been fatally wounded by what China is calling “Operation Puff Not” (really, that’s the name of this operation).

Here’s what we know so far.

Wang Xia, the Director of Field Operations for the CCB in Shenzhen, has seized 700,000 e-cigarette products, including e-liquid and hardware, between March 29th and 30th, without prior notice to any affected company in the sting operation.

This single seizure confiscated more than 150-million dollars of product set for delivery to western countries, including the United States and the UK.

In a letter written to sellers, manufacturers and exporters of the nicotine inhaling devices, officials deemed that electronic cigarettes pose a grave danger to our tobacco industry, which currently employs 20 Million people in China. – L.A. Journal

China owns the tobacco industry there, and much of the taxes and licenses generate revenue to the government. The 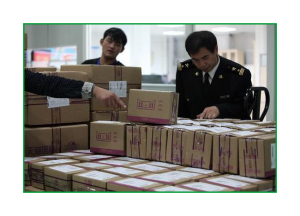 Electronic Cigarette industry has been making huge gains all over the world, including Chinese citizens, where smoking tobacco products is a major part of life for Chinese citizens. More and more of the Chinese citizens are switching from deadly tobacco to e-cigarettes, and the economic ramifications of this is being felt by the government owned tobacco industry.

The Chinese government calls electronic cigarettes “dangerous” and “deadly” and considers tobacco products “safe”. Is this an episode of the Twilight Zone? Not at all, this is the official stance of the current Chinese government.

From The Philadelphia Journal: “[The CCP’s] efforts come after Beijing decided that the use and export of electronic cigarettes is detrimental to the Chinese tobacco economy. Currently the Chinese government owns the entire tobacco industry, which has an estimated 300M smokers and has seen declining sales in recent years due to expanding e-cig use.”

The Electronic Cigarette industry is a 5-billion-dollar industry, worldwide, and has impacted 10% of all tobacco users around the world.

Outsourced Out of China

90% of ALL electronic cigarettes are manufactured in China, and with this insane move to kill the industry in an instant is forcing manufacturers to move their operations OUT of China. In the meantime, the e-cigarette and e-liquid inventories will shrink to nothing in a matter of days, a couple of weeks at the most.

The CEO of Atom Vapes, Q Shah, was quoted as saying’ “It’s going to be incredibly difficult to shift operations, we are experiencing delays on orders and have refunded our customers deposits”

In recent months Atom Vapes has grabbed headlines of its own in the segment of the industry called “replacement coils” by coming out with the gClapton Coils for several popular sub-ohm tanks, and very recently the release of ceramic coils, again for several popular sub-ohm tanks. We reviewed both the gClapton and Ceramic  Atom Vape Coils. Where this leaves Atom Vapes and the rest of the industry is unknown.

In some ways we expected something like this would happen at some point, what we did not expect is a secret “sting” operation and an instant “ban” on electronic cigarettes and e-liquids. How this will affect the US industry, and even Spinfuel itself, is frightening to think about.

The story is being carried all over the United States today as more and more Online Newspapers are publishing stories about the seizure in Beijing. We’ve posted links below.

Will the Electronic Cigarette survive this ridiculous ban? Can the Chinese manufacturers get up and running in other, e-Cig friendly countries? Will India become the new capital for e-cigarette manufacturers, or will the ultimate cost be too much to bear? Are we looking at a “lights out” scenario?  Only time will tell. In the meantime, Spinfuel eMagazine will continue as “business as usual” until its not. 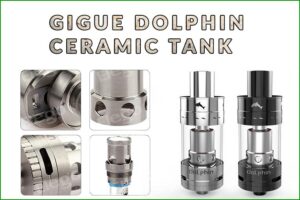 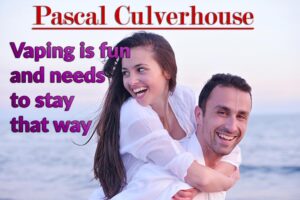