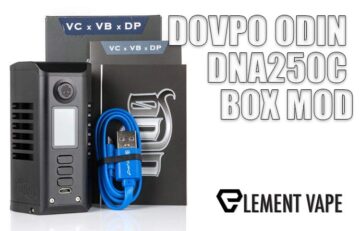 In this review we’re going to look deeply inside the Dovpo ODIN DNA250C Box Mod.

Well, well, well! It’s been a minute since we’ve reviewed a proper, Evolv DNA-powered vape mod. And to be honest, a lot has changed since the last time we had this level of control and precision in our hands. (Well, really now? – ed)

While the vaping industry seems to have bridged the gap between cost-conscious accessibility and Escribe-powered extravagance, something else happened along the way — DNA chipsets forgot to… well… evolve! 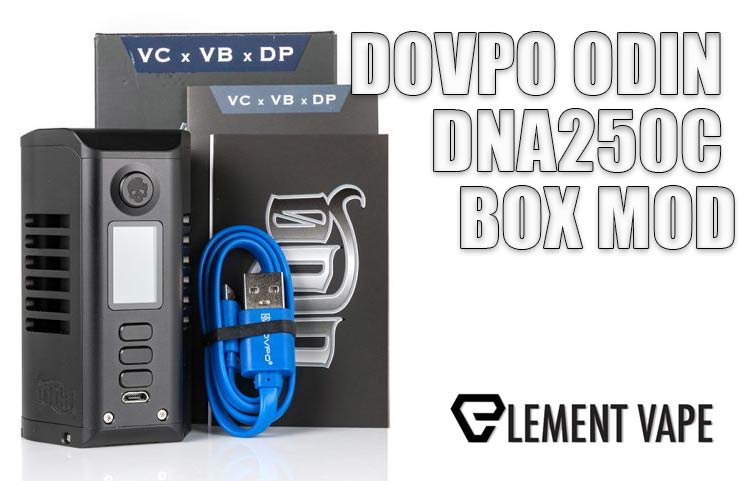 Taken on its own, the Dovpo ODIN DNA250C mod is a winner. It’s laser-precise, loaded with features and high-end enough to stand out. But in 2020, is the same chipset and user experience from 2017 enough to justify the price tag? Maybe not… Let’s see why.

Constructed from durable zinc-alloy, the chassis of the Dovpo ODIN Box Mod is finished in a matte or brushed finish. Adorning the sides of the ODIN Box Mod are cooling fin cut-outs, adding a grip to prevent falls and drops that could damage the elegant chassis.

At the bottom of the Dovpo ODIN Mod is a hinged locking battery door, accommodating a dual battery layout of 20700 or 21700 batteries. Within the Dovpo ODIN chassis is the intelligent DNA250C Chipset housed within, unlocking an extensive temperature control suite that can tailor to nickel, titanium, and stainless-steel wires for a fine-tuned vaping experience. 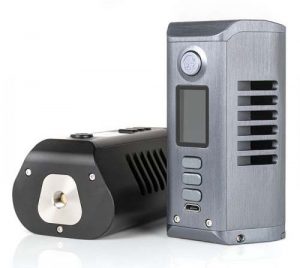 Before we get into the ODIN, let’s take a quick refresher course. Mods with a DNA chipset can look very different from each other, but the basics of the chipset have to be identical, including the ODIN. So, let’s discuss the Evolv DNA250C. The DNA250C (Color) is a power regulated digital switch-mode DC-DC converter for personal vaporizers.

Evolv’s EScribe 2.0 and Theme Designer software can be used to make the DNA250c Color look and act exactly like you want. Designed for ease of use while allowing complete customization, the DNA 250 Color is vaping down to a science.

[spinfuel_scad ad=”ad2″ align=”right” title=“ADVERTISEMENT”] And let’s not forget the now-beloved three-button layout. The third button, called the Function button, allows any user, from novice to pro, to navigate the deep menu system quickly, efficiently, and with incredible ease. Many mod brands have adopted this third function button, and they are all the better for it, though it was Evolv that brought to modern vape mods.

Aesthetics of the Dovpo ODIN DNA250C 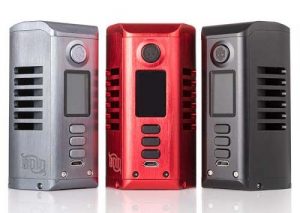 One of the things we’ve always loved about DNA-powered vape mods is how their exteriors were usually as stunning as what’s under the hood (see the Lost Vape Paranormal series for a few examples of what we’re talking about). Unfortunately, the Dovpo ODIN isn’t really up to those same standards.

Oh, the dual-21700 ODIN is a perfectly fine looking vape mod, especially given its massive size.  The two large cells are installed from a hinged bottom door, and sit snugly in the frame, keeping the grip reasonable. Even though the ODIN features a front-facing button panel with this amount of girth, I never felt as if the mod was cumbersome or unusable.

One thing I loved about the ODIN was the ample venting ports on either side of the rounded hexagon frame. Though the mod never got particularly hot, even under heavy use, the venting ports did their job allowing airflow through the entire battery compartment.

The frame itself, though… well, it was kind of a disappointment. There’s nothing inherently wrong with a plain, brushed zinc alloy chassis, but there’s nothing particularly special about it, either. And for a $180-220 asking price, we’re kind of used to seeing something a little more unique and high-end.

Whether it’s the luxury leather grip on the Paranormal series, or the carbon infusion on the Triade series, we’ve come to expect a little more for these chipsets, and the ODIN is bland by comparison.

Dovpo Build Quality in the ODIN 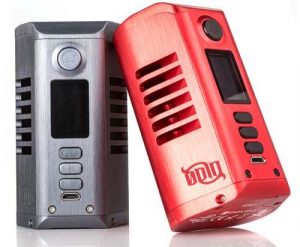 But in terms of build quality, Dovpo continues its white-hot track record. From top to bottom, hinge to screw, everything on the ODIN is lovingly crafted, and shouldn’t present any issues in everyday use.

Finally, the DNA250C screen — it’s full color, with a three-button layout, which was a huge step up for DNA enthusiasts back in the day. But we’ve seen a lot of progress on both displays and interfaces since then. And the minuscule and antiquated DNA250C screen seems a little boring when compared to modern interfaces.

The ODIN might not be the most visually arresting device in your collection, but the size and sheer power will command a room. It certainly commanded mine — forcing me to use larger tanks and atomizers, like the SMOK TFV16, just to make it look and feel balanced. Believe me, you’ll want to do the same once you see standard 25-26mm tanks being dwarfed by the salad plate-sized top section.

Power is an equally impressive feature here. Like most successful 250C devices, Dovpo down throttled the power capability to make sure the ODIN never struggles at its higher outputs, and maintains top-tier efficiency throughout the experience. 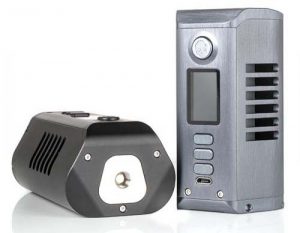 The result is ridiculously fast ramp-up times, longer than expected battery life, and immediate draws of flavor and vapor, regardless of how high your wattage is set.

Obviously, if you’re vaping a DNA chipset, temperature control is probably on the menu for your vaping habits. And the 250C remains one of the most precise, stable chipsets on the market, regardless of age. No matter how we tried to trip it up with different wire and build types, the ODIN never struggled to keep pace, recognizing our coils and adjusting itself accordingly.

Likewise, when we tried to “fool” the ODIN with a slightly loose wire connection, the device simply refused to fire, keeping everyone — and everything — safe. This is not a “grab and go” device, but once it’s set up to your liking, it would take an aerial assault to get it to skip a beat. 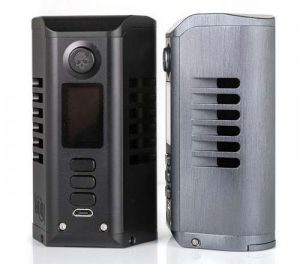 So, given the praise I just bestowed upon the ODIN, why are we having doubts? Because in 2020, the DNA experience is one in need of an upgrade. Yes, this mod has 21700 capability, and probably ramps a little faster than devices from 2017. And Escribe remains a gold standard for vape mod customization. But it’s still, by and large, the same DNA250C we’ve all come to know. And if you already have some legacy mods with this chipset, there’s nothing new to see here.

Evolv has been enjoying the (deserved) success of the DNA250C-enabled mods. The rest of the vaping industry has been gaining ground. At much lower costs to be honest. This renders the mod a little less “necessary” for today’s users.

Bottom Line of the ODIN

[spinfuel_scad ad=”ad1″ align=”left” title=“ELEMENT VAPE ADVERTISEMENT”] Look, we’re never going to turn up our noses at new DNA mods. And we’re completely confident that the nice people at Evolv are going to blow our minds with their next chipset development. But we can’t ignore how dated the experience seems in 2020.

If you own several DNA250C mods, then there’s no driving reason to own this one. But if you’ve never dabbled in Evolv-powered vaping, the ODIN is probably the most “evolved” this current chipset will ever get. 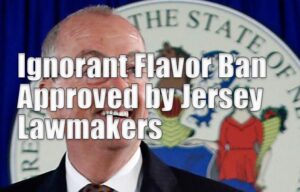 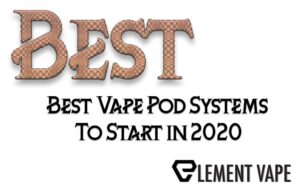 Next post Best Vape Open Pod Systems to Start in 2020