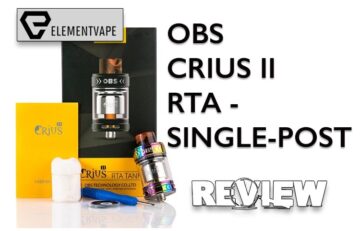 [vc_row][vc_column][vc_column_text]Oh, was I excited for this one. OBS has made some of my favorite RTAs. The original Crius is still in my rotation, while the punchy little Engine packed a lot of wallop for such a compact atomizer. So, when the OBS Crius II RTA showed up on our list, I jumped to the front of the line (elbows may have been thrown). While the afore-mentioned RTAs had a lot of cloud-chucking capability, it seems like OBS has taken the Crius II in a more reserved, but no less enjoyable direction. Does the approach work? Well, you’ll just have to read on…[/vc_column_text][/vc_column][/vc_row][vc_row][vc_column][vc_single_image image=”169230″ img_size=”750×481″ alignment=”center” style=”vc_box_shadow_3d”][/vc_column][/vc_row][vc_row][vc_column][sc_heading title=”Initial impressions of the OBS Crius II RTA”][vc_column_text]As I mentioned in the preview, I’m surprised OBS chose to continue the Crius branding for this RTA, since it shares very little with its older brother. From size, to deck style, to overall purpose, the Crius II is a truly new device for the Chinese company.

Right from the outset, it’s clear the Crius II is a sharp RTA. My brushed stainless test model was beautiful, with smooth machining, and nicely accented details. The real eye-catcher is the gorgeous resin drip-tip, which made this look like a much more expensive device than the price tag suggests.

The next detail that grabbed my attention was the surprisingly squat chimney, which actually gets pretty narrow above the deck section. It seemed like a more flavor-focused design decision by OBS (and sure enough, that’s exactly what it turned out to be). The chimney itself is a bit raised above the bottom of the Crius II RTA – not quite a GTA format, but still unique for this type of atomizer.

Overall, the Crius II is pretty squat itself, at 25mm in diameter, but just 53mm tall. But, while not as commanding as bolder tanks on the market, the Crius II looks phenomenal on just about any device. My personal favorite combination was with the Lost Vape Paranormal, as the stainless was nearly identical, while the slight amber accents complemented the leather and carbon mod.

Instead of another iteration of the proven-but-aging velocity-style deck, the Crius II features a gold-plated, single-coil, clamp format, which makes it easy to install and position coils. However, the layout makes it near impossible to build much more than a single coil. I don’t mind this, but cloud fiends might want to consider this before hitting “buy now.”

Despite the flavor-first design and somewhat limited 3.5mL liquid capacity, the Crius II features a wide-bore drip tip. It’s not exactly a chuff cap, but it’s certainly more in line with vapor-heavy tanks than a flavorful GTA experience. This wasn’t a detriment to the Crius II’s performance, but it was nonetheless interesting.

Finally, the classic OBS sliding side-fill mechanism is back, and better than ever on the Crius II RTA. I don’t know much about patent law, but I’m shocked that less-scrupulous companies haven’t ripped off this design, since it remains my favorite way to “fill and forget” my tank. I’ve never once had any spilling or leaking issues on OBS RTAs, and the Crius II continues this trend.[/vc_column_text][/vc_column][/vc_row][vc_row][vc_column][vc_gallery interval=”3″ images=”169229,169228,169226,169225,169222,169224,169218,169219″ img_size=”700×700″][/vc_column][/vc_row][vc_row][vc_column][vc_single_image image=”169173″ img_size=”full” alignment=”center” style=”vc_box_shadow_3d” onclick=”custom_link” img_link_target=”_blank” link=”https://www.elementvape.com/obs-crius-ii-rta-single-post”][/vc_column][/vc_row][vc_row][vc_column][sc_heading title=”Building and Vaping the OBS Crius II RTA”][vc_column_text]As indicated above, the springy clamp build deck makes building on the Crius II a snap. However, the best teaching tool for building this atomizer is pre-installed. OBS included a nice Ni80 (safe for wattage use) nickel coil, which gave me a template for perfect coil placement on the deck.

Common sense would tell you to center your coil on the deck, but as you see on the pre-installed coil, slightly offsetting the coil toward the airflow chamber makes massive improvements in flavor and warmth. Interestingly, I DID notice slightly improved vapor production when moving the coil away from the airflow, which simply doesn’t make sense on paper – but I assure you, this quirky little RTA did just that.

Wicking the Crius II is fairly standard, by modern RTA conventions. Though I was successful using a variety of wicking styles, including my “go to” method of folding the wicks atop the juice ports, rather than stuffing them with the cotton.

However, I found the best performance from simply trimming the wick ends into slight points, so they sat inside the ports, while not inhibiting juice flow. Because, unlike other OBS RTAs, juice flow is key to getting the most from the Crius II, and dry hits WILL happen if you use too much cotton. But once you figure it out, it becomes second nature.

One thing isn’t debatable – the Crius II RTA is as flavorful an atomizer as there is today. Using the pre-installed Ni80 coil, I wicked, trimmed and wet, and was immediately greeted with a burst of intense, concentrated flavor. Not quite RDA or squonker-level goodness, but certainly better than most of my RTA collection.

Switching to a different build, I experienced the same types of results. Even obtuse mixed wire builds, which normally ramp slower, got up to speed in no time. The insulated deck stayed cool, as did the metal and glass sections. But make no mistake – the Crius II heats quickly and efficiently, never sacrificing flavor in the process.

Now, I know many will want to know about clouds. So here’s the short answer – yes, I managed to build an ultra-low-resistance coil and get some serious vapor in my office. But I did it at the expense of a relaxing, satisfying, more flavorful vape. The Crius II did an admirable job keeping up with increasing wattages and tremendous juice consumption.

This was a positive, to be sure. But I still feel to use the Crius II as a cloud-chucker is missing the point. Not only because of the reduced flavor quality at high wattages, but also because I noticed slight leaking from the bottom airflow when pushing the RTA to higher limits. Nothing terrible, but also slightly out of character for an OBS product.[/vc_column_text][/vc_column][/vc_row][vc_row][vc_column][sc_heading title=”Wrapping up… and Score”][vc_column_text]To close, let me reiterate that OBS should have probably gone with a new name for this series, since the Crius II RTA is all about taste. Because, other than a few bouts of dry hits and flavor loss, there are few atomizers in my collection that provide the same balance of flavor and vapor production.

Cloud fiends might want to steer clear, but anyone seeking something less foggy, and more flavorful should strongly consider the OBS Crius II RTA. 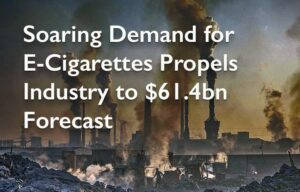 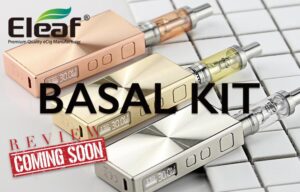