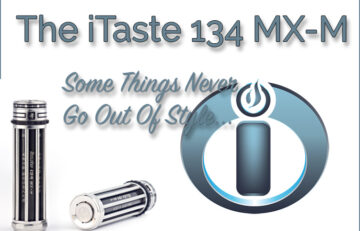 Sometimes an electronic cigarette device deserves to be looked at again despite it falling out of fashion caused by the several dozen newer products that have come to market since then. The Innokin iTaste 134 MX-M is one such deserving product. After all, you can still buy the iTaste 134 at a handful of online vendors, and at a very good price I might add. When the 134 was first released the “Z” model was the most common. The “Z” stands for Zodiac, and the symbols were astrological symbols. The one being reviewed today, the “M” model, and uses Chinese symbols, which I’ll explain below. The “M” model was produced in limited numbers.

I’ve only been vaping a few months now, so when the Innokin iTaste 134 MX-Z and M was first released I was, sadly, a smoker. But I was recently gifted a brand new one; “brand new” meaning that it was still shrink-wrapped from the factory. I loved the intense design, those awesome steel rods, and that black body, and the funky way you use the dial system as a locking system, as well as the silver coated adjustable top pin for secure connectivity with a wide array of tanks and RDA’s. I am, first and foremost, a user of mechanical mods and RDA’s, so this ‘gift’ was perfect for me.

The iTaste 134 MX – M is a ‘mech mod’, and as a mech mod it is a good one. Mechanical mods are very basic devices, basically a tube with a battery and a threaded connector for attaching an atomizer. Because they are simple, mechanical devices they last forever, or should. They output a set voltage, so there is no fiddling with variable wattage or voltage settings. As simple as they are the cost range is $20 to $3500, based on materials used to make the device, not the electronics. In fact, are are no electronics with a mech mod.

Many 18650 mods are luxurious in appearance, however this one, while it does look awesome, has some notable functionality along with its iconic looks.  Mainly, it has an upper rotation ring which does not freeze, as it is non-threaded and has 8 symbolic choices.  The iTaste 134 MX – M can stand on a flat surface with no risk of activation because of its solid spring-loaded bottom firing button. I know many bottom firing buttons are now magnetic, but there is something to be said for the effectiveness of the one used here.  The 8 symbolic choices are denoted by Chinese symbols.  Each symbol symbolizes 1 of 8 founding Chinese principles for wise/proper living.  It was said that without these basic ideas, one could learn nothing. The symbols serve as a locking mechanism, nothing more. The idea is that you choose a symbol and the device works only when its set to that symbol. Cheesy? Yea, maybe, but also kind of cool.

The iTaste MX – M is fun to use and has a nicely balanced hold to it.  Upon opening its gift box, you find the mod and its user manual, as well as a small package of items.  The manual explains how to disassemble the upper rings and reassemble them to show which Chinese character you want of the 8 for the mod to be functional.  Its storage box is kind of neat.  The box is made of black plastic and has metallic trim.  Besides the spring which activates the mod on the bottom of the device, there is a second shiny gold colored spring in the top for the ‘virtue’ selection.  The top ring assembly has two small springs beneath its two bearings so the symbol selection ring can function properly.  The iTaste 134 MX – M can take a minute or two to assemble, however it is fun to decide on a virtue that fits your personality and have that selection as the chosen symbol.  All in all, this mod is not only fun, it works great, too.

These first two photos are of the boxes the mod comes in. 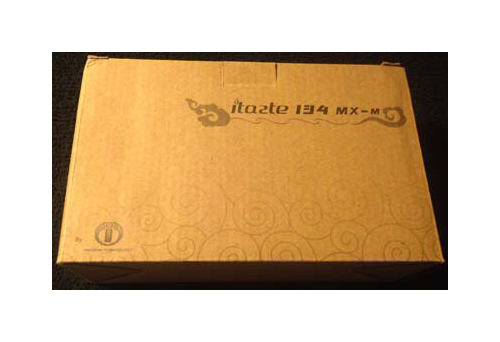 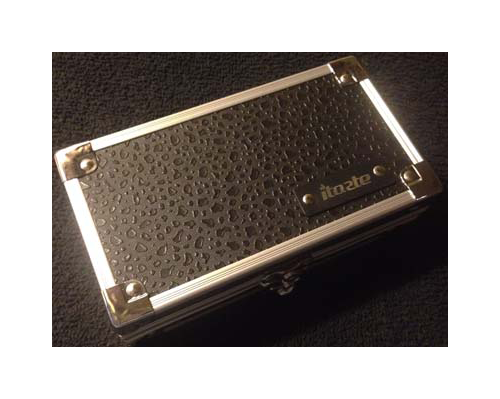 The next two photos show the iTaste 134 MX – M and its carry/storage case. 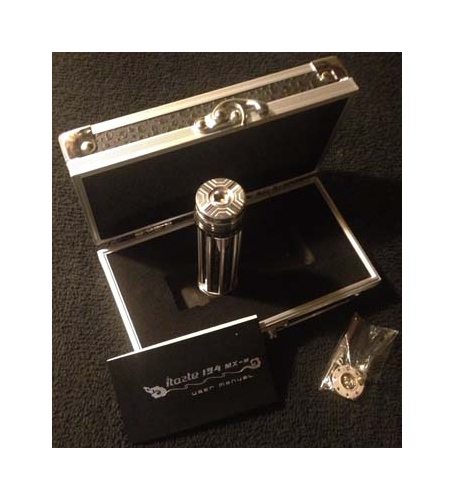 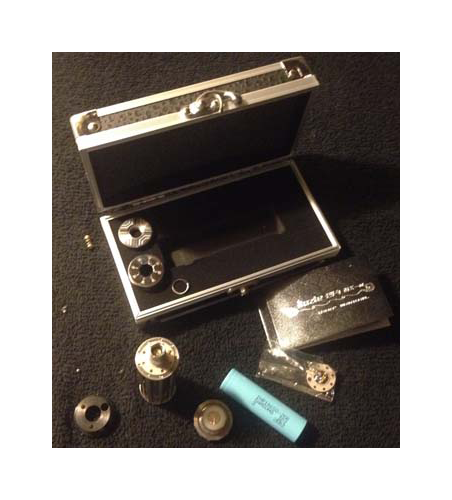 These two photos show the first RDA I tried out on the mod.  The photo on the left shows some readings, and the photo on the right shows the Mutation XS V4 Mini RDA atop the iTaste 134 MX –M. 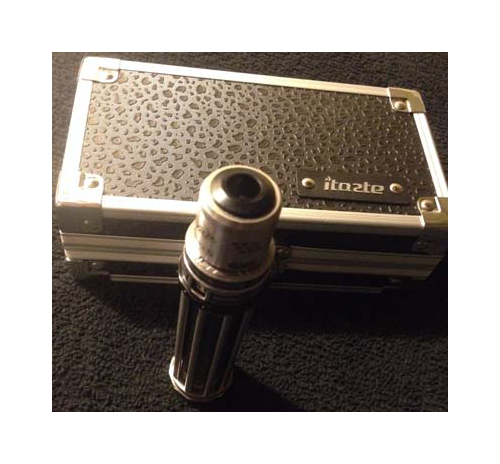 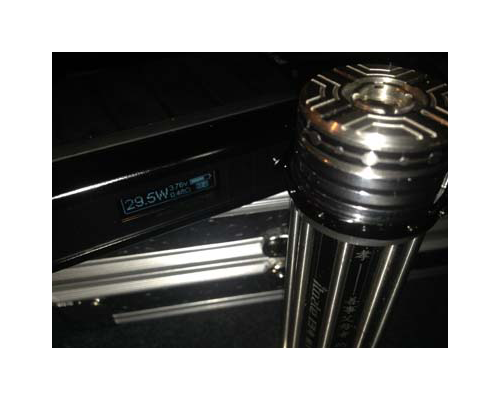 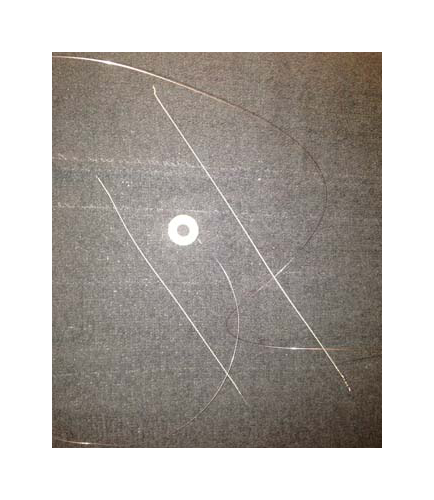 Next, we can see the twisted and fused Clapton coils installed in a Cylapex Gate RDA.  The photo on the left shows the coil build, and the photo on the right shows the setup assembled completely.  The build in this photo showed a reading of 0.24 ohms.  I decided against this setup for use, so I could up the watts for the coils a little with a vv/vw mod. 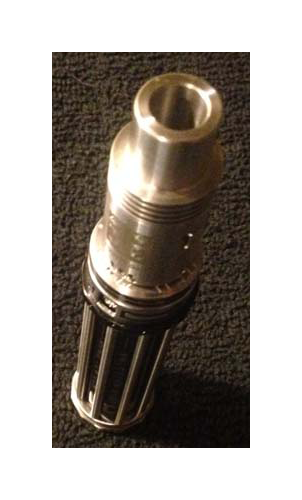 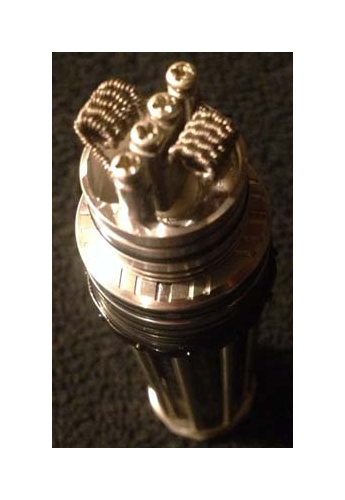 These last two photos show the steel REM RDA with two 26 gauge Kanthal coils.  The RDA did not connect with the mod, at first, so I adjusted the positive connection of the mod.  The RDA still did not connect, so I used a Kanger Tech beauty ring to make the connection, and it works fine.  As the RDA’s positive connection is actually non-adjustable, I simply ignore the voltage drop and am happy with the setup’s vapor production. 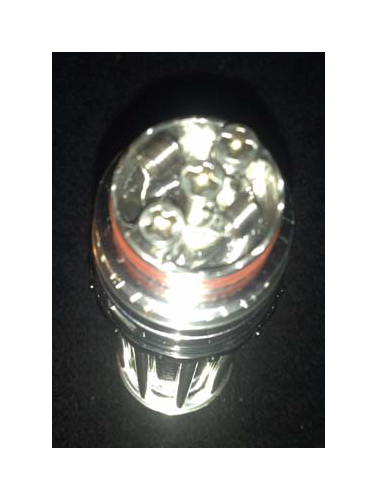 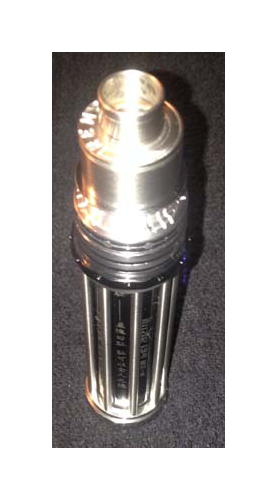 I hope you enjoyed these photos as much as I have.  I wanted to try out fused Clapton coils and put it off for quite some time, thinking they would take a while to construct.  I also wanted to purposely twist the inner two wires, so they would be more workable and uniform.  The plan did work.  They really did not take too long, however I thought about them for quite some time before I constructed them.  Twisted and fused Clapton coils are well worth the effort; their cloud production made their construction worthwhile, even if I did not use them with the iTaste 134 MX – M. I did use safety glasses, pliers, and a drill.  I also tested the build’s ohms reading, knowing it may have low resistance.  The build had more resistance than an 18 gauge macro coil build.  Though I have never seen such coils, before, I am sure whoever tries them out will enjoy them, too.

The iTaste 134 MX – M has a 3-month warranty.  It is described in its included user manual.  The manual says to check with your vendor for warranty details and does not waste too much time explaining specific details.

A Few Notions in Regards to Innokin

Innokin was founded in 2011 and now employs over 500 people.  Their goal is to design, manufacture, market, and sell the very best advanced personal vaporizers in the world.  Their intuitive team of engineers is dedicated to meeting these lofty goals.  Innokin mods are available all over the world and in over 5,000 vape shops in America.  Innokin brand names include:  iTaste, iClear, CoolFire, iSub, Gladius, Lily, and the newer Innocell line.  Innokin’s factory is in Shenzhen, China, and is 10,000m x 10,000m.  They also have a maintenance and repair center in California.  Innokin products meet several standards and certifications, so you an trust them to be safe when used properly.  Their engineers strive to offer creative and unique products, and for the most part they do it sucessfully.

The iTaste 134 MX – M is a fun mechanical mod.  It does not use a lock ring, yet it incorporates an adjustable setting ring which shows 1 of 8 virtue selections.  It requires a single 18650 high drain battery and also an atomizer with a 510 thread for vaping.  The firing button on the bottom does not activate upon sitting the mod on a surface.  Its look is cool, as it is black and steel with Chinese symbols.  If you would like to see the 8 virtues’ in Chinese, the 8 symbols can be seen on the Innokin website, by viewing the pdf file of the iTaste 134 MX – M.  The iTaste 134 MX – M is a sleek mech mod with functionality you can depend on.  Would I add it to my collection if I did not already have one?  I surely would.

While the iTaste 134 MX – M works great and has a non-freezing adjustable safety ring with pictorial settings, it can be somewhat of a challenge to assemble.  If you are not careful with it, the 2 springs and bearings can fall out of the top of it.  Other than its preliminary assembly, the iTaste 134 MX – M would have received an “A” for its rating.  Would I put it in my top ten known mech mods under $150?  Yes.  If you like to use mechanical mods, and you like a little whimsy and machismo together, then get an iTaste 134 MX – M, you will not be disappointed.  Thank you for reading and vape on. 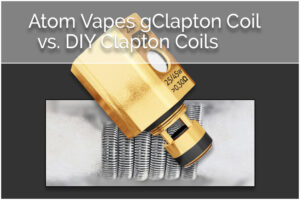 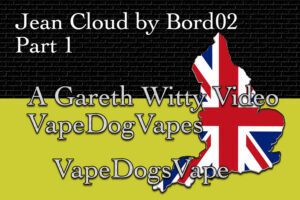