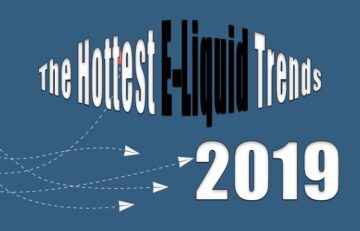 [vc_row][vc_column][vc_column_text]As the owner of Vapors Planet, I spend much of my time working with vape shops in my community – and that means I need to keep my finger on the pulse of what the customers of those shops want. In my observations of the vaping industry, one thing is abundantly clear: the e-liquid side of the industry is going to see major changes in 2019. Are you curious about how your vaping experience will change in the coming year? I predict that these will be the biggest e-liquid trends of 2019.

Expect to see these three changes at your favorite vape shop in 2019.

The FDA announced its deeming regulations for the vaping industry on August 8, 2016. The regulations stipulated that no new vaping products could appear on the market in the United States after that date without first going through the Premarket Tobacco Application process. Since then, a funny thing happened: Virtually every brand in the vaping industry completely ignored the law. Cigalike makers – desperate to compete with JUUL – scrambled to release pod systems of their own. New e-liquids, meanwhile, continued to appear – first as a trickle and eventually as a flood. As time passed, vaping product manufacturers must have assumed that if someone was going to get busted by the FDA, it would have happened already. Then, at the end of 2018, it did happen: The FDA sent warning letters. regarding more than 40 vaping products thought to be released illegally after August 8, 2016.

Going forward, vaping companies – and particularly e-liquid makers – will no longer be able to ignore the law put forth by the FDA. The problem, though, is that if you want to succeed in the industry, you need to be new, and you need to have the hype train in full effect. Here’s how e-liquid brands will accomplish that. It’s an open secret in the vaping industry that many e-liquid brands don’t actually manufacture their own products. Instead, they hire third-party laboratories to mix and bottle their e-liquids for them. E-liquid brands, therefore, will simply go to those laboratories and ask them to re-bottle formulas that were already marketed in the United States before August 8, 2016. With a new label and a new description, you’ve got a new product.

This is something that’s already happening in the e-liquid industry. Have you noticed how many e-liquid companies have struggled to find new ways to describe flavors that essentially boil down to “strawberries and cream?” Maybe you’ve noticed a few new e-liquid lines in which every product has two tropical notes and one berry note. “Mango, guava and raspberry! It’s totally new!” Only it’s not new; you’ve been seeing the exact same e-liquid under different names for years. You’re going to see a lot more of that e-liquid trend in 2019. If you want to find unique e-liquid flavors, you’ll need to seek out the small, independent e-liquid makers who were already making their blends before the sucralose/cereal/custard/candy/doughnut e-liquid craze began. You’ll need to do so quickly, though, because many of those makers will close their doors for good in 2019.[/vc_column_text][/vc_column][/vc_row][vc_row][vc_column][sc_subheading bgcolor=”#1e73be” subtitle=”Nicotine Salt E-Liquids for Sub-Ohm Vaping Devices”][vc_column_text][spinfuel_scad ad=”ad2″ align=”right” title=“ADVERTISEMENT”]

One of the most prominent 2019 e-liquid trends is that you’ll begin to see companies serving that segment of the market with nicotine salt e-liquids at the common sub-ohm strengths of 3 and 6 mg. A few sub-ohm nicotine salt e-liquids already exist, but you’ll see a lot more of them next year. Whether an e-liquid company can substitute nicotine salt for freebase nicotine in an e-liquid formula that’s otherwise the same without the FDA considering it a new product remains to be seen, but companies will be testing the waters.[/vc_column_text][/vc_column][/vc_row][vc_row][vc_column][sc_subheading bgcolor=”#1e73be” subtitle=”Mature, Understated E-Liquid Packaging and Marketing”][vc_column_text]

Sending warning letters to makers of potentially illegal new products wasn’t the only way in which the FDA exerted its authority over the vaping industry in 2018. The agency also issued warnings regarding several e-liquid products with packaging resembling popular cereals, candies and other food products because those e-liquids may have infringed on trademarks and could possibly appeal to children. FDA commissioner Dr. Scott Gottlieb has also made it clear that he intends to make flavored e-liquids more difficult to obtain in 2019 by removing those products  from stores that admit customers of all ages. If the vaping industry can’t show a marked decline in underage vaping in 2019, the FDA may move to ban flavored e-liquids entirely.[/vc_column_text][/vc_column][/vc_row][vc_row][vc_column][sc_subheading bgcolor=”#1e73be” subtitle=”E-Liquid Makers Will Spend 2019 Toning Down Their Marketing”][vc_column_text][spinfuel_scad ad=”ad3″ align=”right” title=“ADVERTISEMENT”]

The FDA crackdown on kid-friendly packaging won’t necessarily result in changes to the e-liquid flavors on the market. As we’ve just explained, though, FDA regulations froze the American vaping industry on August 8, 2016. Instead of seeing new flavors, what you’ll see is a marked change in the way that e-liquid companies market their existing flavors.

The above commentary on e-liquid trends in 2019 is not necessarily the opinion of Spinfuel VAPE nor its Staff.

0
IneJuice Trends, Eliquid changes coming, Eliquid Trends, What to expect in 2019, what's the next ejuice trend? 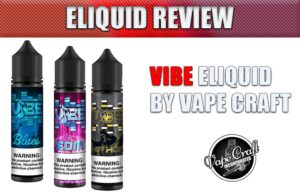 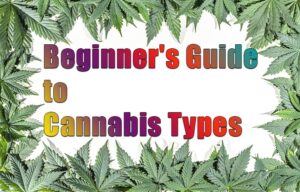